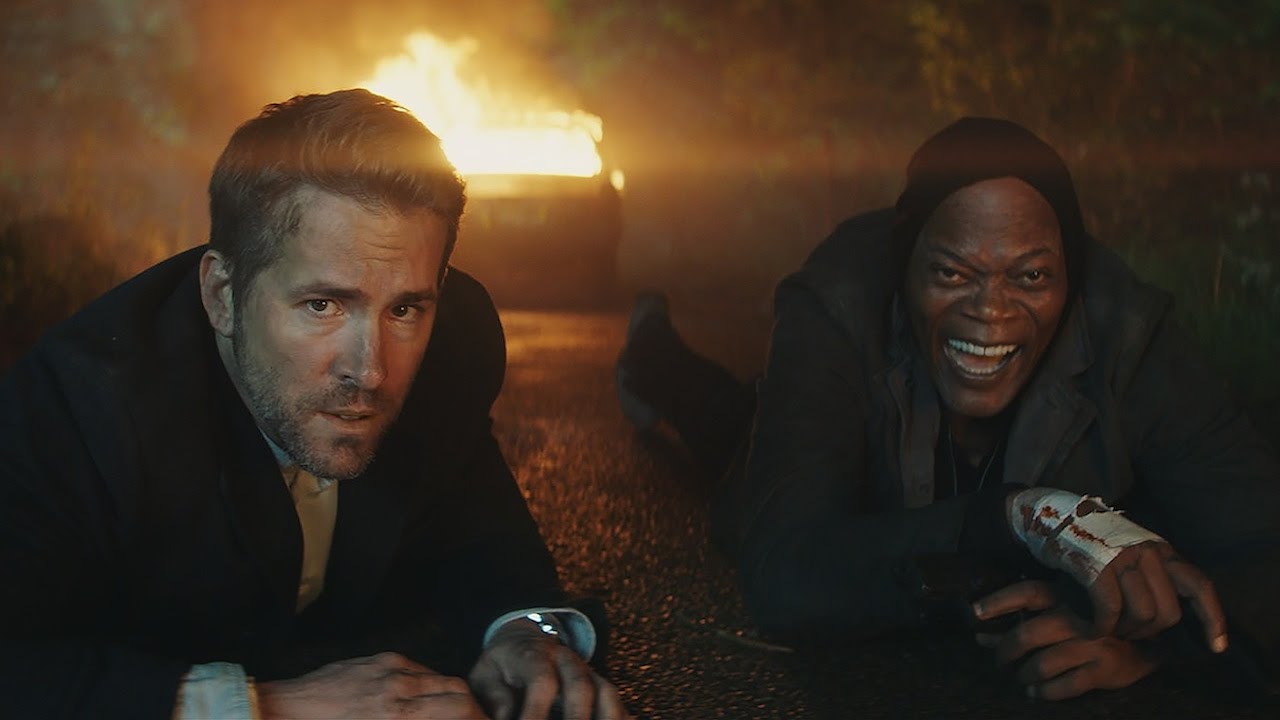 “Shit, motherfucker, I am harm’s way!”

Reynolds is at least endearing as AAA-rated protection agent Michael Bryce, who has hit a slump since he lost a top client to a bullet. Losing his executive status and pissing in bottles in his beat-up wreck of a car, a bitter Bryce blames his estranged ex-love, Interpol agent Amelia Roussel (Élodie Yung), for spilling the secrets of his hush-hush job.

Expendables 3 director Patrick Hughes translates Tom O’Connor’s black-listed 2011 script to the big screen with outrageous aplomb: there are high speed car chases, zipping boat chases and multi-room, weapon-heavy brawls. The Hitman’s Bodyguard is wall-to-wall action which, if surrounded by a more ordered plot, would impress in moderation. But as it stands, is rather chaotic.

Another area in which the film goes too far is in the blue language. Now, I’m no prude, but if Jackson said “motherfucker” one more time, or his incarcerated wife (played by Salma Tale of Tales Hayek) reverted to insult a member of law enforcement in her native Latino (almost spat with roiling bile), I would have screamed. Bryce makes a reference to Kincaid “owning” the word MF, but acknowledging an issue does not dissolve it. I was genuinely rolling my eyes at the juvenile, swear-packed dialogue at times, and the vitriol with which characters speak to one another greatly turned me off them.

Elsewhere, screen legend Gary Oldman – affecting a thick Eastern European accent – plays it straight in a cold-hearted villain role which feels like it comes from a far bleaker and more serious film. As he guns down an innocent wife and child in front of a helpless patriarch, Dukhovich is disturbingly evil, and such horror did not sit well alongside Reynolds and Jackson’s japes and jibes on their blistering international road trip.

If you can disengage your brain for a couple of hours, The Hitman’s Bodyguard delivers some fun and bombastic popcorn movie elements, but when married to the more severe plot points and darker tone, the film becomes a messy and rather schizophrenic whole.