“Everybody’s got to dream, young lady.”

Inexcusably falling into the ‘genre classic I’ve somehow never seen’ category, I remedied my unintentional aversion to Wes Craven’s Elm Street franchise by picking up the 5-disc Blu-ray boxset recently, which neatly includes all 7 original entries and only skips on the 2010 remake (which, shamefully, is the only one I had previously seen).

For the first time, Robert Englund donned the razor-fixed glove, the fedora and the tatty striped jumper as disfigured dream-stalking serial killer Freddy Krueger – and a horror icon was born. With his burn-disfigured face, supernatural, logic-defying abilities and an unrepentant, maniacal glee, Krueger personifies “a real bogeyman,” a vilified casualty of vigilante justice who returns to haunt his mob attackers by striking off their young offspring (among whom is a baby-faced Johnny Depp).

Nightmare is sick and twisted, but also strikingly original – even 33 years later. Not only did it contribute to the bloody, slice and dice tropes we now associate with the “slasher films” of the 70s and 80s, but the brilliantly kooky concept (that an entity haunting your dreams can kill you in reality) opened up some truly imaginative sequences where dream logic was king. Krueger’s ‘Stretch Armstrong’-esque extended limbs, his ability to push his profile through walls, the tongue phone and the spongey stairs are all prominent and wacky visuals which stayed with me long after the credits. 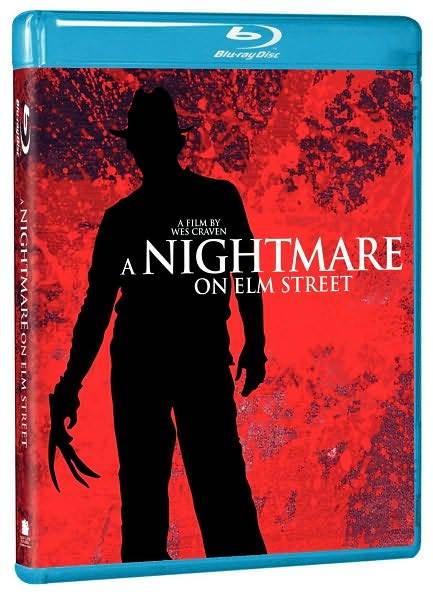 Craven also nails the tone, correlating between the insidious and the surreal. Nancy’s (Heather Langenkamp) mother’s belated reveal about what the teen’s parents really did is horrifically dark, but this and the showy, blood-soaked kills are counteracted by the creepy antagonist’s blackly comic sense of humour (“No running in hallways!”) and a madcap convertible twist in the finale which wouldn’t be out of place in a Tim Burton film. I’ve been warned that consequent sequels play up the laughs to the detriment of the horror, but Elm Street #1 has proven itself a venerate Nightmare.

3 thoughts on “A Nightmare on Elm Street (Blu-ray Review)”