“This game was designed to make us scare ourselves.”

My questionable foray into Whaley House aside, my film viewing in the run-up to Halloween largely consisted of rewatching recent blu-rays I have bought (The Boy, Bram Stoker’s Dracula, The Witch) and first time viewings of genre classics I really should have seen sooner (A Nightmare on Elm Street, Child’s Play, Critters). So, on All Hallows’ Eve, I reserved a recent release I had long anticipated… what a fool I was!

While well aware that it was formulaic, I quite enjoyed the first Ouija film from 2014, perhaps buoyed by seeing it in a double-bill with the first Annabelle prequel three Halloweens ago. Origin of Evil upped my anticipation both due to its late-60s period setting, and by bagging hot-right-now director Mike Hush Flanagan. But after a promising lead-in with old-school logos and retro title cards, plus a domestic set-up which suggested more sincerity that its modern day predecessor’s motley gang of text-addicted teens, things took a turn for the… predictable.

Brought as a prop to freshen up her bogus séance act, widowed single mother and amateur medium Alice Zander (Elizabeth Reaser) buys a copy of Hasbro’s controversial board game, only for younger daughter Doris (Lulu Annabelle: Creation Wilson) to use the occult devining tool in an attempt to contact her dearly departed father. Alas, the spirits which answer the call are not as benevolent as the intended recipient and use their mortal mate as a host for their evil souls…

“The problem isn’t the house, not anymore.” 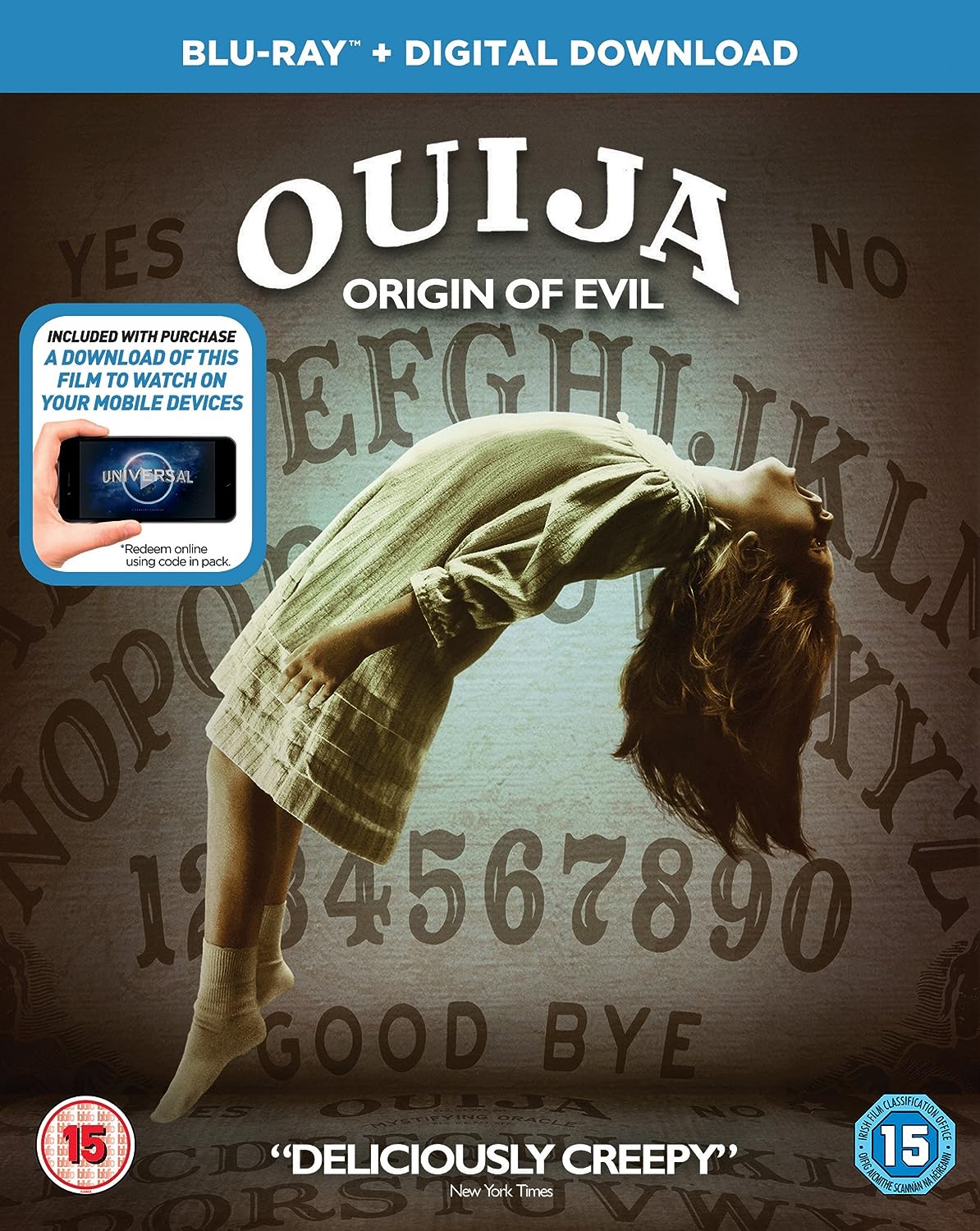 Some deliciously haunting dialogue clips really well (“she’s part of the walls now”), if only it wasn’t surrounded by a surplus of hyperactive wall-climbing and CG-distorted mouths which look uncanny, but not in the way intended. The action culminates in a cellar-bound bloodbath which leaves the sole survivor in an asylum and me with a disgruntled feeling of dissatisfaction that this retro Origin story falls short of the Gerald’s Game director’s usually taut and superior productions.