WELCOME TO THE SHIT SHOW

Fourteen years after embittered black comedy Bad Santa became something of a cult hit for seasonal scrooges, stars Billy Bob Thornton, Tony Cox and Brett Kelly return for another lewd, crude Christmas caper. Alas, lightening did not strike twice, and this belated and bedraggled festive follow-up is as unapologetically egregious as the Farley Brother’s down-right disgusting and offensive Dumb and Dumber To.

Despite the lessons learned at the end of the original film, Bad Santa 2 essentially hits reset on not only the set-up but character’s personalities, too, to deliver more of the same. Everyone is as selfish, morally bankrupt and politically incorrect as ever before, while lone shining star Thurman Merman (Kelly) – now 21 (at least physically) and officially acknowledged as being “on the spectrum” – is as ignorant and naïve to vice as he was at 8 years old. Will his unshakable love for drunk delinquent Willie (Thornton) stop the depressed thief from repeating old mistakes, or will his ‘business’ partner (Cox) and odious mother (Kathy Bates) steer him wrong once more?

Yes, that’s right, Academy Award- and Golden Globe-winner and screen icon Kathy Bates joins the cast and slums it as Willie’s tragic excuse of a tattooed, double-crossing, foul-mouthed mother. My jaw dropped when Willie’s initially response to seeing her again was to punch her full in the face, but less than 90 minutes later and that seemed like a restrained response to such a irredeemable beast of a character.

The biggest crime here is that, Thurman aside, everyone in Bad Santa 2 is hideous and foul, even Christina Dark Places Hendricks’ seemingly angelic charity organiser is a secret alcoholic who has a kinky passion for being humped in back-street dumpsters by douchebags, somewhat lessening our sympathy for her when it is revealed that her husband (Ryan Hansen) is not only ripping off her charity, but sleeping with the hired help. 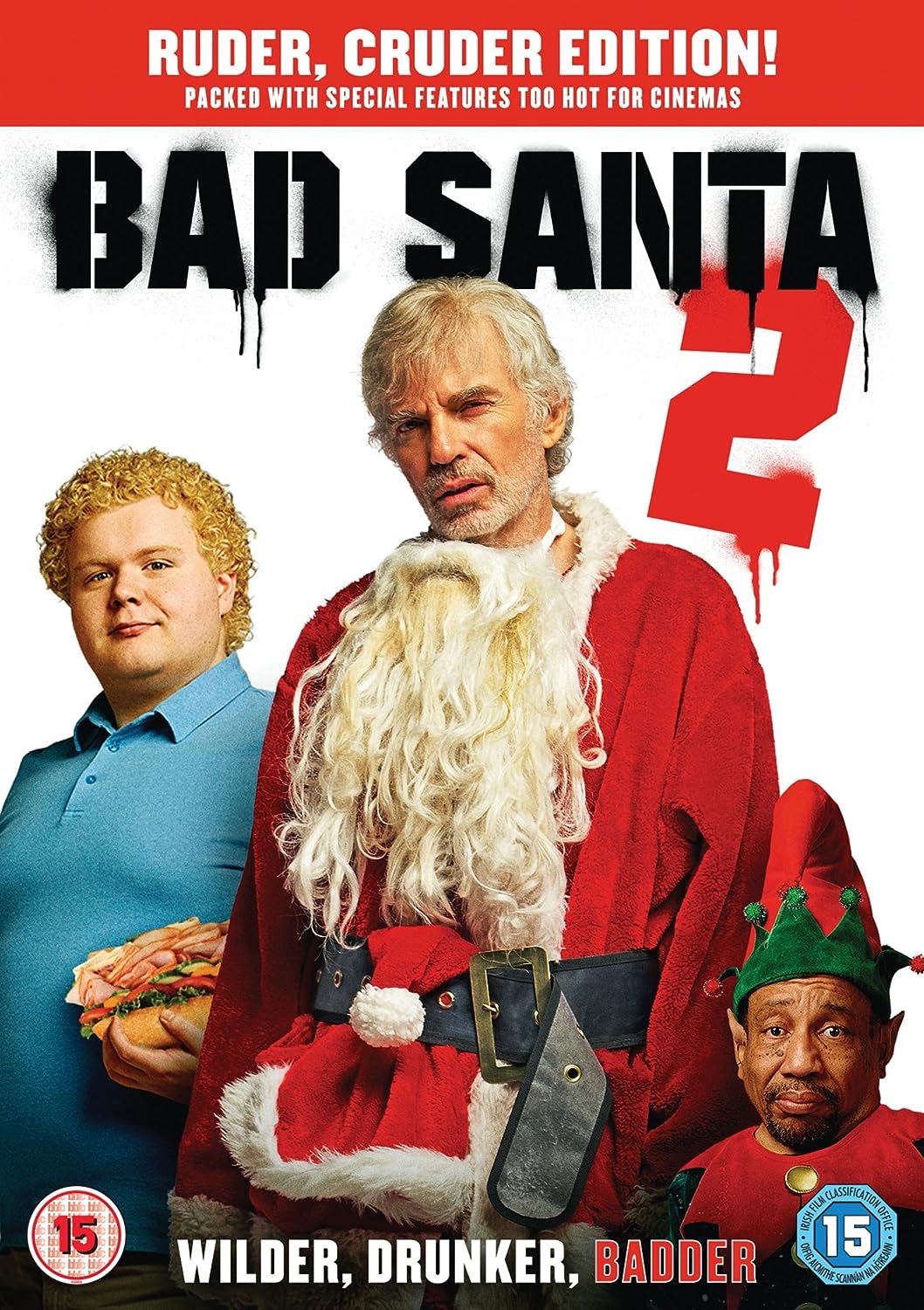