Perhaps the most famous Christmas story ever written, authored by perhaps the most famous novelist who ever lived, Charles Dickens’ A Christmas Carol has had more adaptations and reimaginings than you can shake a sprig of holly at. While some will always cherish the olde worlde charm of the Alastair Sim classic (1951), Albert Finney’s beloved musical (1970), the Muppets’ frantic, family-friendly retelling (1992), Bill Murray’s modernised comedy, Scrooged (1988), or Disney’s Jim Carrey-heavy performance capture animation (2009), for me this 1999 TV movie starring the man who is Jean Luc Picard is the quintessential version. My dad and I habitually return to it in the lead up to every Christmas and I must have seen it in excess of fifteen times.

Inspired by his one-man theatre readings of the novel, Patrick Logan Stewart’s bald Ebenezer Scrooge – which went on to earn the RSC-trained thesp a SAG nomination – is a fierce, stoic and greedy miser blind to the community spirit and festive cheer which surrounds him. That is until he learns to love, laugh and embrace life following the visitation of three ghosts on Christmas Eve night, foretold by the spirit of his deceased business partner, Jacob Marley (Bernard Lloyd), who carries with him in the afterlife the literal chains of his wicked mortal ways.

While by no means the most glitzy or spectacular version, this TNT production – helmed by stage and TV director David Jones – is admirable in set design and location filming, conjuring both the necessary gloom and grime of Scrooge’s penny pinching and the requisite Christmassy feel of a snow-drenched Victorian London. Some of the supernatural effects (such as the Jawa-esque glowing eyes beneath the Ghost of Christmas Future’s cowl, or the whirlwind which transports Scrooge across country) do look a little cheap by today’s Hollywood standards, but as the first adaptation to utilize digital effects – and on a TV budget, too – the film deserves a pass in that department. Indeed, some of the computer wizardry (such as the door knocker morphing into Marley’s head and Scrooge’s picture tiles twisting into Marley’s ghostly visage) does still hold up remarkably well.

Songs do feature (such as Fezziwig’s impromptu workhouse performance, Tiny Tim’s fireside rendition of “Silent Night” and nephew Fred’s household having a festive sing-song around the piano), but this is not a musical; all songs are sung in-universe. What still amazes me about this Carol is the astoundingly starry cast: as well as Stewart, well known faces such as Richard E. Grant, Celia Imrie, Liz Smith, Ian McNeice and Dominic West feature, as well as a host of faces from British TV who you recognise, even if you don’t immediately know their names (including two who went on to be leads in brilliant BBC ensemble sitcom The Smoking Room and two from The Vicar of Dibley).

Peter Barnes’ screenplay sticks loyally to Dickens text, so all manner of quotable lines are present and correct (“There’s more of gravy than the grave about you”; “what is particularly dead about a door nail?”), even the frankly unnecessary assertion early on that the spirits will visit at 1am on three consecutive nights, only for them to buck this trend and visit Scrooge all on Christmas Eve instead (seriously, why bother including this fallacy, only to dismiss it with a brief reference at the end?!). Notably, a couple of scenes which are usually excised from most adaptations are retained here, including the prior-mentioned whirlwind trip to coal mines, prisons and ships around the country. That they went to this effort for such a brief scene is truly admirable, especially given how difficult – and costly! – it must have been to achieve a halfway decent execution. 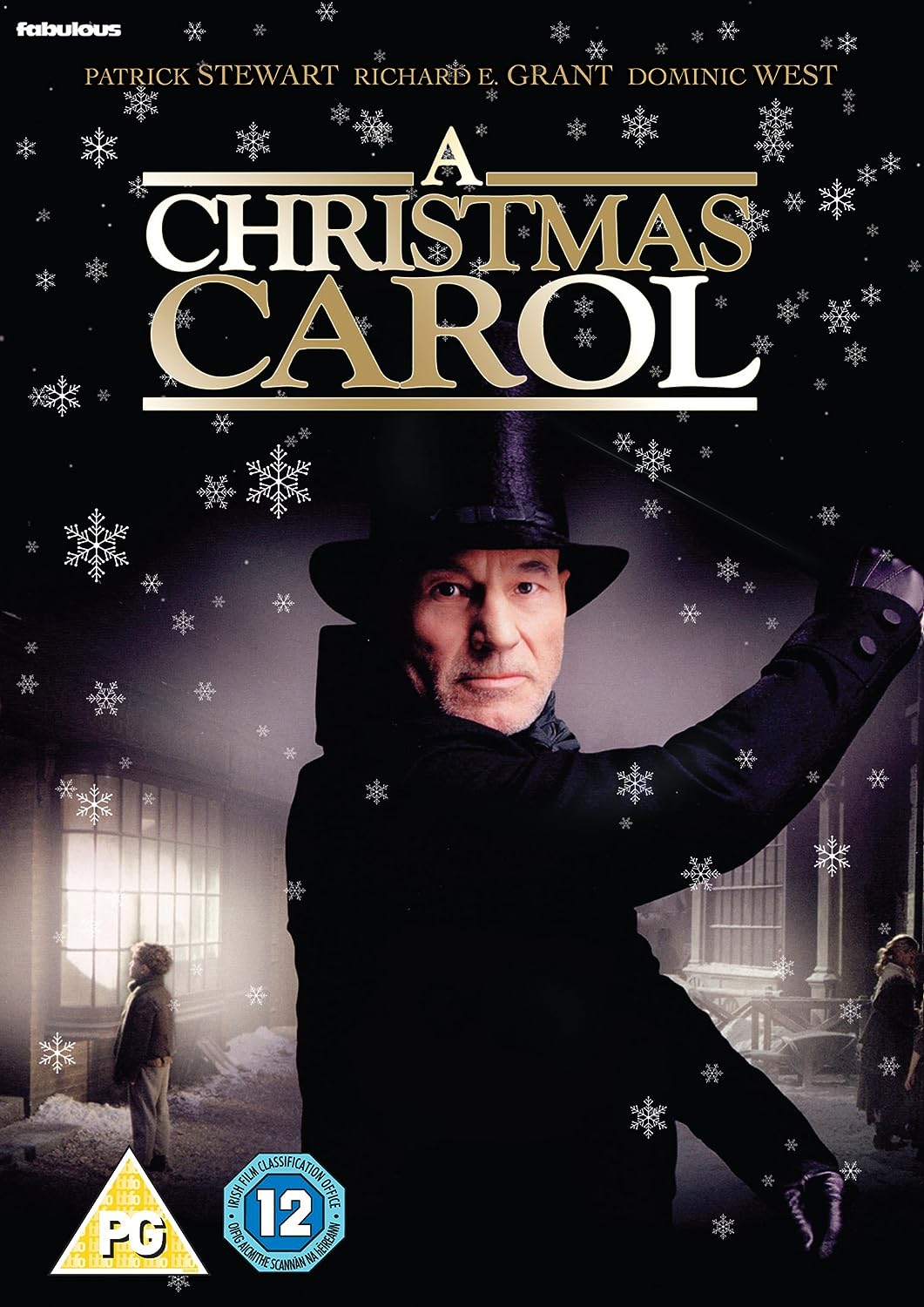 Here in the UK, Channel 4 used to show this Christmas Carol annually, before Channel 5  brought the rights. Sadly, I haven’t seen it in the listings these past couple of years (I guess there’s just too many other versions competing for airtime), however if you do happen to come across it – or you’re tempted enough to spend less than a fiver on the DVD on Amazon – then I hope you enjoy it as much as my dad and I do. You never know, I may have just inspired your new festive tradition! Merry Christmas, everyone.