CALL ME BY MY DEVIL NAME

Cynically made on-the-cheap by a new creative team after the two Williams (original Exorcist director Friedkin and author Peter-Blatty) flat-out refused to be involved in a follow-up, The Heretic was also beset by a mountain of production problems (its script was rewritten FIVE times DURING filming by uncredited writers; the final product scarcely resembles the first draft) and – rather predictably – it garnered near-universal derision upon release. Frankly, it’s a miracle that the franchise survived such a monumental blunder, but clearly the power of Pazuzu conquers all set-backs!

“These bad dreams are still inside you.”

Four years after her possession, teen Regan MacNeil (Linda Blair) is receiving therapy from Dr. Tuskin (Louise Fletcher) to oust repressed memories of her traumatic exorcism. Meanwhile, another priest with a side-line in archaeology who is also struggling with his faith, Father Lamont (Richard Burton), is tasked by the church with investigating the death of Lankester Merrin (Max von Sydow, who – remarkably – agreed to return for brief flashbacks) during Regan’s ordeal. In the hope of learning more, Lamont sits in on Regan’s experimental synchronised hypnotherapy sessions, which bring the struggle between past and present, good and evil back to the fore.

Despite what WPB and contemporary critic Mark Kermode might say, The Heretic is not the worst film ever made, but it is deeply flawed. Firstly, those expecting a fright-fest are likely to be both disappointed and bored, as this is more a metaphysical thriller than an out-and-out horror. Secondly, pacing issues plague the flow which is bogged down by unnecessary and superfluous scenes of desert dreams (“We’re going flying”), dance recitals and locust-eye-views!! Thirdly, the climatic return to the MacNeil’s iconic Georgetown house feels crowbarred in at the last minute; the action-heavy chaos feels airlifted out of a sprightlier and scarier film.

Having recently rewatched The Exorcist (reviewed HERE), seen the West End production (reviewed HERE) and thoroughly enjoyed Season One of the Fox TV series, I was really in the mood for more and I was optimistic to begin with. The guilt/self-punishment angle to Regan’s therapy intrigued me (clearly it was a play on inner demons) and I didn’t even baulk when they ‘synced with evil’ and Regan and a stunt-double-in-possession-make-up fought over Dr. Tuskin’s heart – the whole internal realm concept reminded me of The Sunken Place from Get Out (reviewed HERE). 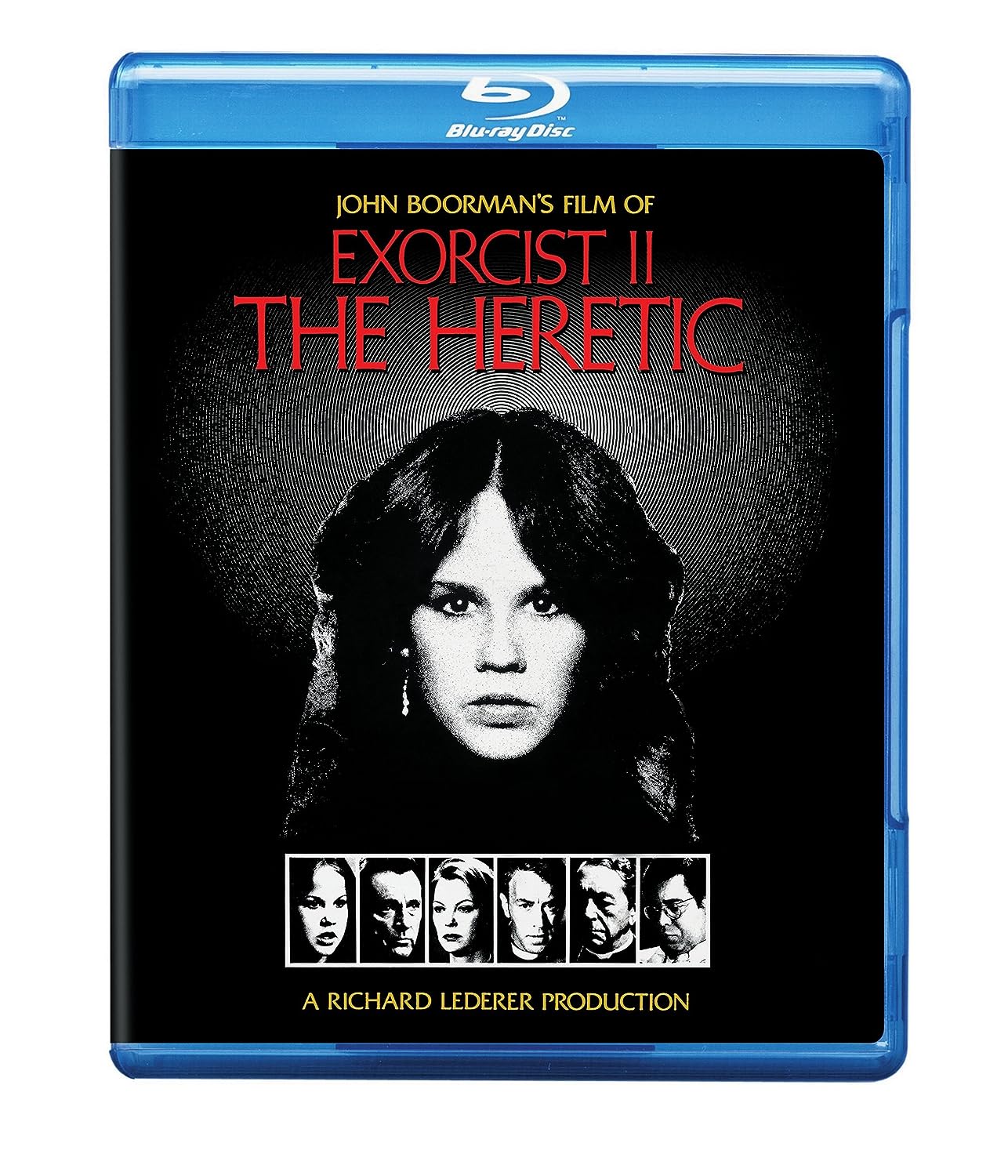 However, a flabby, globe-hopping, messy, zig-zagging middle section couldn’t even win me over with a plague of locusts and a role for Darth Vader himself, James Earl Jones! I’m aware that WPB returned to auteur the next sequel (which will be a first time watch for me), so let’s just mark Exorcist II: The Heretic down as a plucky little movie which tried its damnedest against great resistance and with even greater obstacles clipping its metaphysical wings.