Based (albeit sketchily) upon a real-life case from Madrid in 1991, this haunting new horror from [REC] co-director Paco Plaza takes full advantage of its “true crime” roots by beginning and concluding with title cards establishing the unique police case which investigated this occult-dabbling nightmare. Purportedly this was the first ever case in Spanish history to be officially attributed to “paranormal phenomena”.

“Someone answered your call and now walks with you.”

With her mother too busy working every hour of the day after the death of her father, titular high schooler Veró (Sandra Escacena) must juggle school, homework and friends with substitute parenting her young brother (Iván Chavero) and twin sisters (Bruna González and Claudia Placer). It’s a frantic, stressful existence made no easier by the grief the teenager still feels for her departed father. Messing with a Ouija board during a solar eclipse, Veró hopes to contact her dad, but instead she arouses the interest of a far more malevolent force…

“You have to do right what you did wrong.” 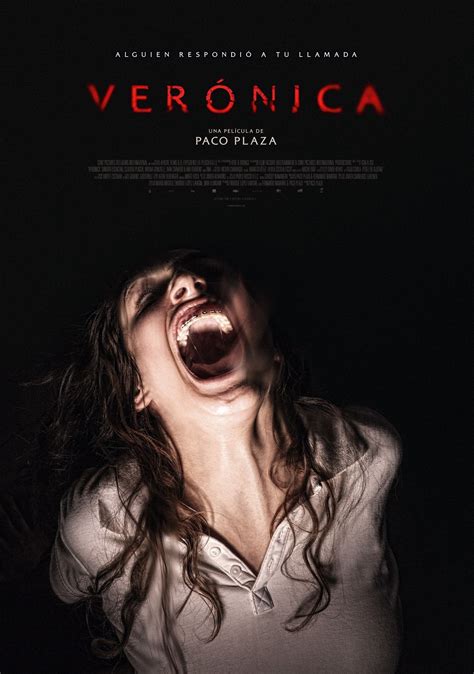 A couple of recent tabloid articles have claimed Verónica to be among the scariest films ever. As intriguing as that praise is, it simply isn’t true. While Plazo orchestrates some creative and creepy moments as Veró protects herself and her charges from a demon who won’t return to the afterlife, the film actually presents little originality. Uncanny shadows through mottled glass, arms emerging through solid objects, blind seers with a second sight – these tropes have all been utilized in the genre fare time-and-again. Even the quirky use of a Simon Says electronic game board to denote a supernatural presence isn’t new – it’s in 2014’s Paranormal Activity spin-off The Marked Ones.