Shot, rather pretentiously, in black and white by acclaimed British filmmaker Sally Porter, this artsy, acerbic black dramedy only marginally creeps over the sixty-minute mark when you excise the long-running credits. It might well be the shortest (non-short) film I have ever known. Restricted entirely to four claustrophobic spaces within Janet and Bill’s home (kitchen, lounge, toilet and patio), the starry cast list totals only seven and the whole catty affair reeks of a play transposed onto the screen. 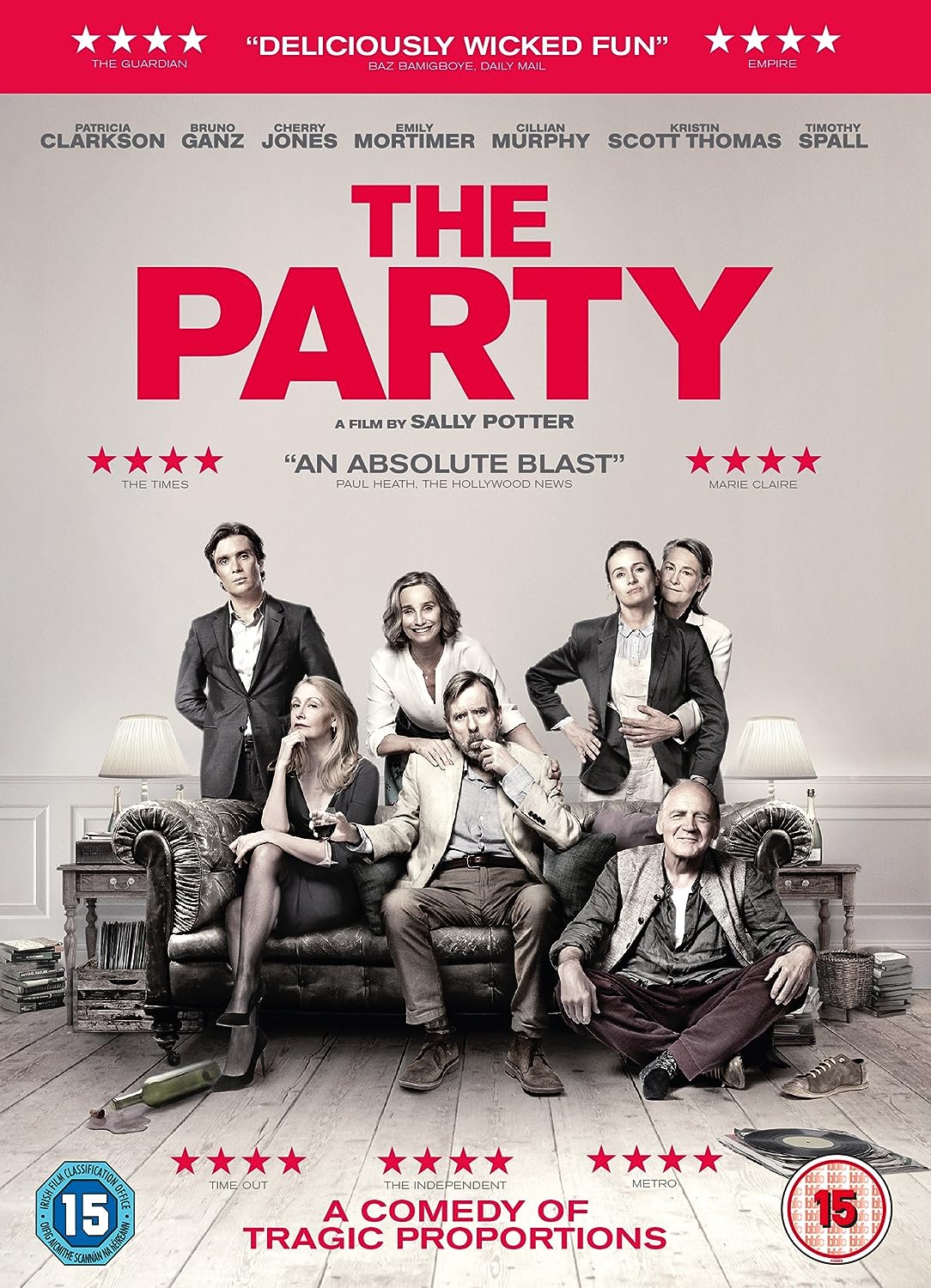 The skilled players all do a grand job of endowing their acid-tongued, highly-opinionated characters with a semblance of humanity, but aside from some chucklesome exchanges and sharp observations, this verbose, middle-class farce all too quickly descends into a vicious and indecent fiasco. Whether cruel, weak or secretive, no-one comes out of this very well at all and had it lasted any longer I fear I would have struggled to see this pompous, callous Party through to the end.