END_OF_DOCUMENT_TOKEN_TO_BE_REPLACED

IF YOU LISTEN CLOSELY

END_OF_DOCUMENT_TOKEN_TO_BE_REPLACED 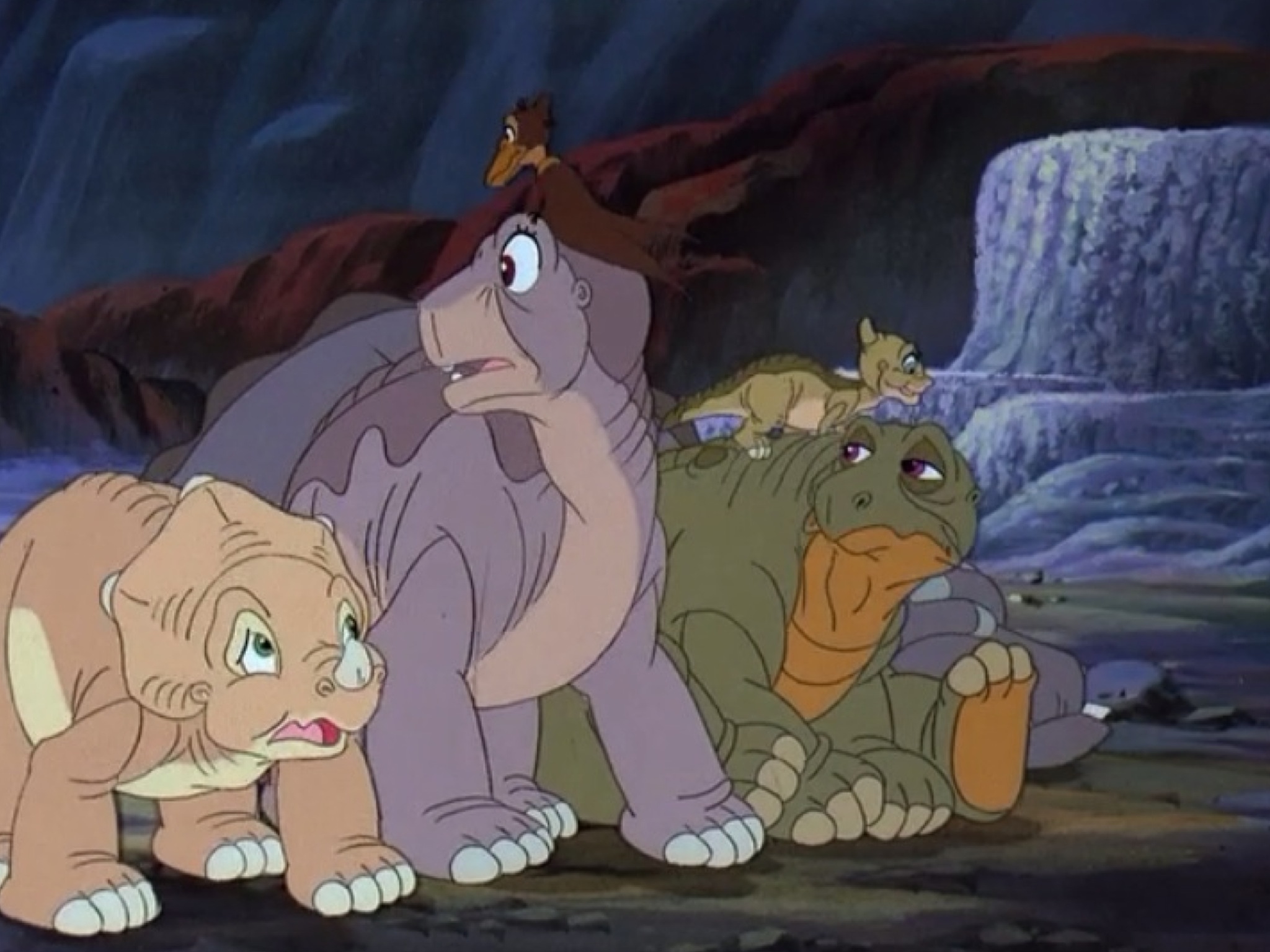 “There is no ‘fair’ when it comes to survival”

When the Great Valley’s watering hole of Thundering Falls begins to run dry, even drinking the morning dew from the tree-stars and rationing the depleted remaining supply cannot stop infighting from causing clashes between the various dino-herds who had learnt to live harmoniously in this once verdant sharp tooth-secluded paradise.

Can virtuous long neck Littlefoot (Scott McAfee) and his band of dynamic friends help find a new water source before the Valley is decimated, or will the increasing threat of fires engulfing the parched land become a dangerous reality?

The Time of the Great Giving is actually a far more worthy, confident and cohesive Jurassic jaunt than its patchy predecessor. Michael Tavera’s edifying songs are still unsubtly twee, but they are catchier and more palatable this time around, while the animation is noticeably sharper and more adept than the flat and rushed efforts of 1994’s Valley.

There’s still a predictability to the characterisation and events – a bullying band of antagonists are insipidly goofy (“bigger is better”), while three horn Cera’s (Candace Hutson) stubborn father (John Ingle) is so unreasonable you just know he is bound to come unstuck eventually (“sometimes fear makes adults act differently”) – but this is still harmless and heart-warming fare which promotes propriety in a way which is not only appealing to hatchlings.

Even at the ripe old age of 31 I can still be a nostalgic old fool at times, and I enjoy nothing more than to sink back into the comfort of my film and televisual favourites from yesteryear. With the TV series still continuing in its gazillionth incarnation and a much-hyped big screen reboot due in January 2017, I decided to do some revision on a ’90s phenomenon.

I’m not ashamed to admit (although I probably should be) that I used to be a bit of a Mighty Morphin’ Power Rangers nut growing up. Even then I was probably just a little too old for the colourful fantasy superhero show, but that didn’t stop me becoming quite obsessed with those intergalactic arse-kickers in their spandex suits and dino-helmets. Action figures, video cassettes, notebooks, backpacks, plastic swords – you name it, I owned it.

Regardless of its quality, this 1995 big screen outing was always destined to be a massive hit, and when viewed through “kid goggles” it does the brand name proud. It sticks to the tried and tested template – an extra-terrestrial evildoer is unleashed who threatens world domination before the teenagers with attitude and their megazords roll up to show them whose boss. Padding comes in the form of an additional quest narrative to track down new ninja powers after the Rangers’ secret HQ is invaded and their original powers drained, but it goes about proceedings with elevated panache.

Bigger (budget) and better (sets and effects – although the early CGI is still rather too obvious) than ever before, MMPR: The Movie is infectiously overconfident, the script bursting with snappy putdowns and droll banter from both good and evil quarters. Big bad Ivan Ooze (Paul Freeman) is a great mix of mad, menacing and mocking, even if tradition dictates that he doesn’t stand a chance against Angel Grove’s most athletic students. Parents will quickly sicken of the constant need for every second of screen time to be filled with absurd asides and inane dialogue, but they can’t deny this isn’t bombastically entertaining eye candy.