“You shouldn’t have brought me back…”

If the prospect of The Terminator taking down cannibalistic hordes of the undead appeals to your inner gore hound then prepare to go hungry as this washed-out post-apocalyptic thriller is more sobering everyman drama than blood-soaked action/horror fight-fest.

That is in no way a disparaging assessment of former credits-designer and debuting Brit director Henry Hobson’s low budget indie film, however, provided you are prepared for a slow and sombre reflection on such debatable issues as parental protection, euthanasia, suicide and the pain of living for the terminally ill. In fact, were you to excise the Z-word from first-time scribe John Scott 3’s screenplay then you would be left with a potent mixture which settles somewhere between grey-scaled wasteland trotter The Road (2009) and weepy true story Lorenzo’s Oil (1992) in tone and (brain) matter.

“Ain’t nobody fighting that.” 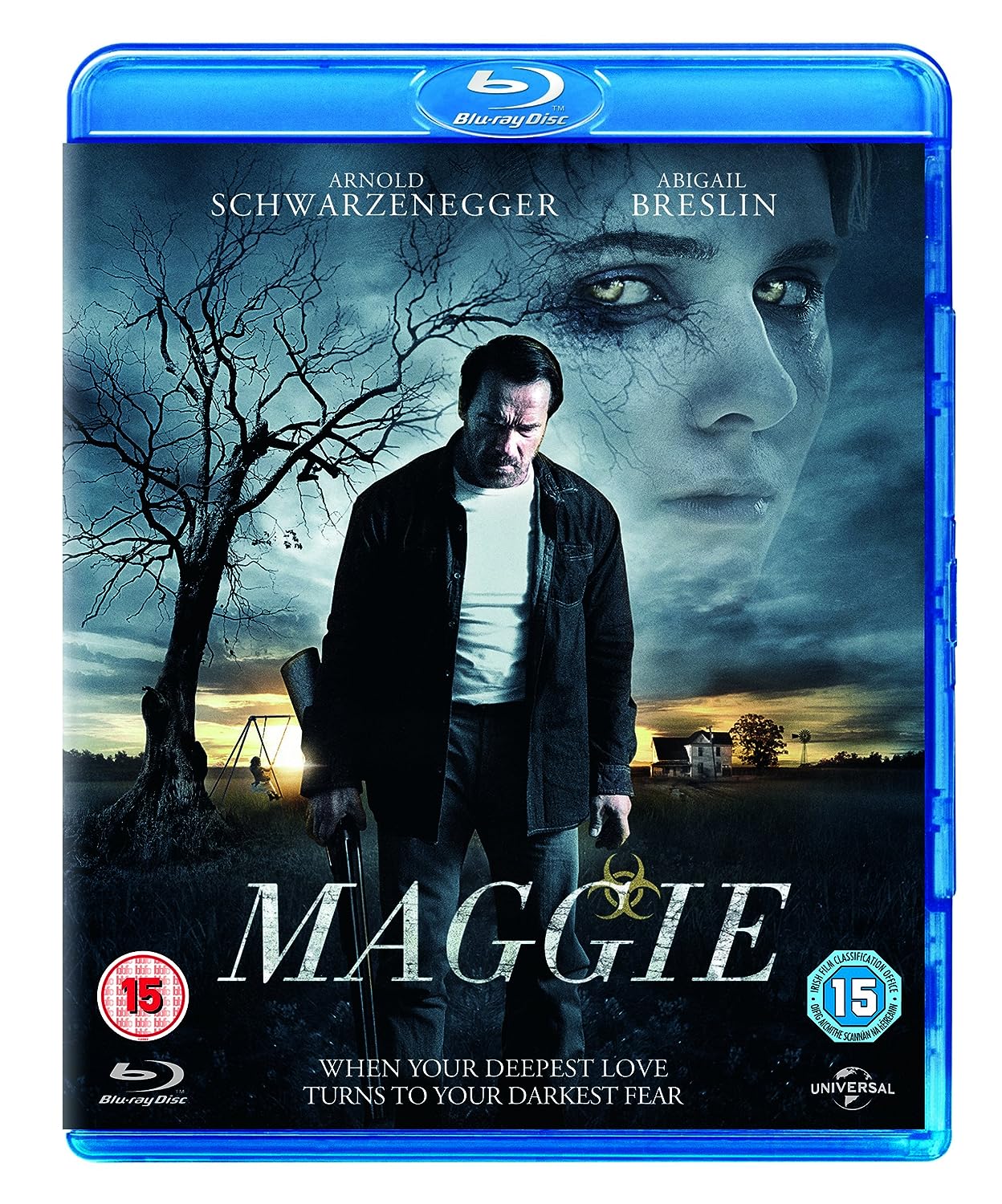 With a climax which rings maximum tension out of a daughter descending a staircase and kissing her snoozing father, this is far from a conventional vehicle for the iconic Hollywood muscle man, who also produces this black-listed flick. Taut, touching and troubling, Maggie makes for a sympathetic and shuffling think-piece which is contagious in how it digs under your skin and tears your heart to shreds – but it’s only scary in its relatable allegorical undercurrent.