… WE’VE GOT FUN AND BOARD GAMES

Based upon a children’s picture book from the 80s by Chris Van Allsburg, 1995’s Joe Johnston-directed adventure-fantasy film is fondly remembered by people of a certain age as being a much-watched childhood favourite. It also starred the late, great Robin Williams, which is perhaps one reason why a return to Jumanji was initially greeted with scepticism from the masses. However, Welcome to the Jungle is NOT a modern day reboot which tries to erase the charm of the first film, but a sequel which respectfully nods to and continues the story, expanding upon the world of the mysterious magical game.

END_OF_DOCUMENT_TOKEN_TO_BE_REPLACED

THE ELITE OF THE ELITE

“This all sounds like an entertaining but far-fetched TV show.”

As an 80s-baby growing up in the 90s, I know I used to watch Baywatch. It was prime ITV Saturday night cheese. The Hoff in those red trunks, Pamela Anderson in that red swimsuit, plenty of slow-motion gunning through golden sands and diving into crystal clear Californian oceans while the theme song challenged you not to sing along…. But aside from those iconic cornerstones, I seriously struggle to remember much more about it. Yet, as I sat down last night for what I anticipated to be a full-on nostalgia fest, all I kept thinking throughout this $69million big screen revival was: surely the TV show wasn’t like this?!!

END_OF_DOCUMENT_TOKEN_TO_BE_REPLACED

Not trusting British audiences with an iota of common sense, the nut-jobs at Universal Pictures reverted the title of this seventh (Vin) Diesel-fuelled, car-loving action sequel back to the boring, uninspired, numerically denominated handle you read above, missing out on the witty promotion opportunity open to overseas markets where the blockbuster retains its original and superior appellation: The Fate of the Furious. F8, geddit?!

END_OF_DOCUMENT_TOKEN_TO_BE_REPLACED

Big in Polynesian theology and even bigger in the size of its unwieldy eight-strong writing team, Walt Disney’s 56th animated feature under their illustrious, revered and hotly-anticipated “Classic” banner could very easily have been a distancing and abundantly exotic mismatch of mythic hoodoo and island life antiquity. A classic case of too many cooks…

END_OF_DOCUMENT_TOKEN_TO_BE_REPLACED 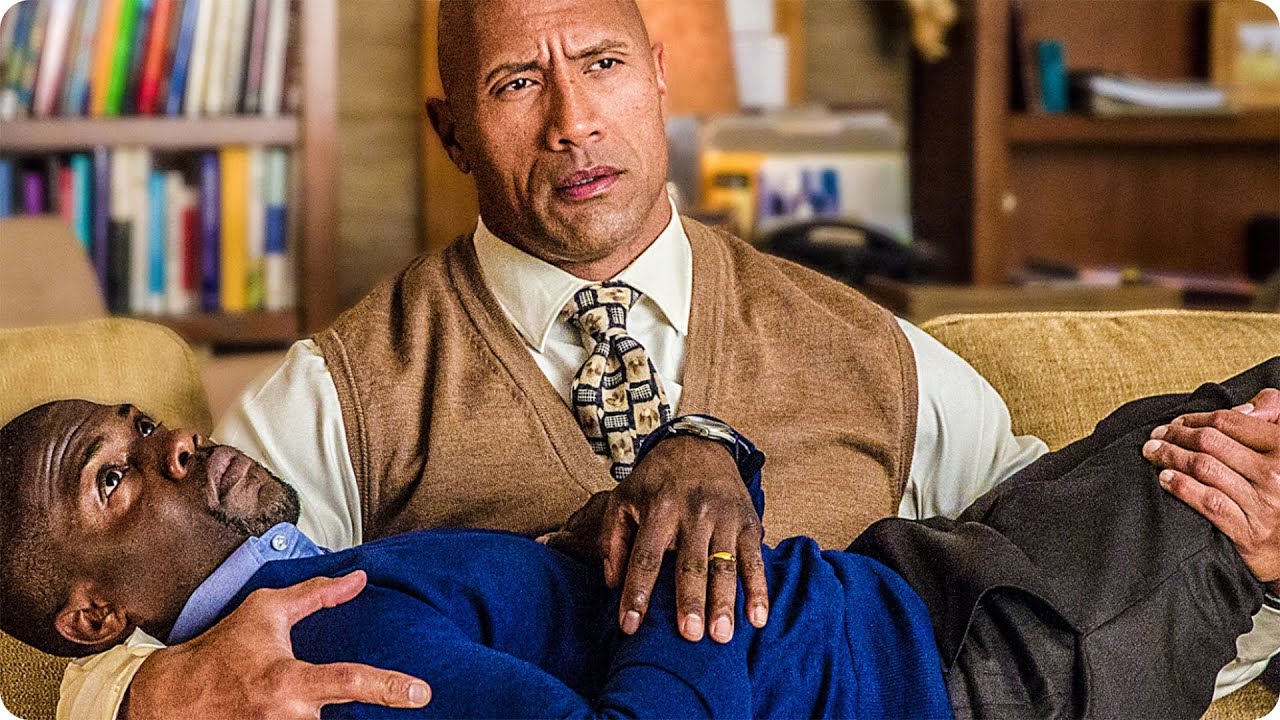 BETWEEN THE ROCK AND A HART PLACE

Utilizing some truly impressive Captain America-esque CG de-aging, we witness tubby brace-face Robbie Wheirdicht (Dwayne Johnson) hauled out of the showers and humiliated at a pep rally in front of his entire high school. Popular all-round cool kid Calvin Joyner (Kevin Get Hard Hart) is the only one to comfort the naked nerd.

Fast forward two decades, and having long since plunged from his peak of marrying his high school sweetheart (Danielle Nicolet), the man formerly known as the “Golden Jet” is now a bored middle-manager accountant reluctant to attend his school reunion. Accepting a friend request from an unrecognised name, Calvin is totally unaware of what he is letting himself in for…

Having worked out for six hours a day, every day (“Anyone can do it!”) and changed his name, Robbie Wheirdicht has reinvented himself as tattooed man mountain “Bob Stone”. He may still like fanny packs, unicorns and Twilight, but Bob absolutely abhors bullies – oh, and he’s a top CIA agent.

Hart sticks to his successful Ride Along mould of screechy, irritating everyman sidekick, this time dragged along on a top secret undercover spy mission by the amiable-but-deadly peck-flexer who requires his former classmate’s accountancy skills in unlocking satellite codes being sold in a bidding war on the black market.

Directed by We’re The Miller’s Rawson Marshall Thurber, Central Intelligence really sparks to life when the mismatched flip-reversed duo are sharing memories and trading bantz, but the double-crossing, espionage malarkey involving rogue agent the “Black Badger” is so perplexingly conveyed that half the time you’re never sure who to plump for as bullets fly and Amy Ryan’s Agent Harris tries to lure Calvin away from under Bob’s wing.

A tortuous interrogation scene between two purported good guys is particularly tonally awry – a major crux to any comedy is when questions over the moral validity of the joker overwhelms the power of the punchlines. Crucial targets are then missed.

A trio of “I never knew they were in this!” big name cameos (who I won’t name here) bring some light relief to the deluge of fisticuffs and shoot-outs, but for all its big, flashy, fast-mouthed fun, much like Calvin Joyner, Central Intelligence never quite lives up to early promise of its full potential.