END_OF_DOCUMENT_TOKEN_TO_BE_REPLACED

THE JUNKIE AND THE FLUNKIE

“Man, what a waste! He’s probably more profitable to us dead than alive now.”

Set in Manhattan in the late 1970s during the King of Cool’s wilderness years, Don Cheadle – the man many in this Marvel-dominated cine-scape will know predominantly as “War Machine” – excels himself as co-screenwriter, director and lead actor in this surprisingly unsycophantic passion project which drops the iconic and isolated “social music” pioneer into an impromptu  gangster flick of sorts.

END_OF_DOCUMENT_TOKEN_TO_BE_REPLACED

Based upon the 2001 non-fiction chronicle by former newspaper reporters Dick Lehr and Gerard O’Neill, a stellar ensemble cast including Benedict Cumberbatch, Dakota Johnson and Kevin Bacon all play second fiddle to a balding Johnny Depp in this often grim dramatization of the 1975-1995 criminal career of South Boston’s Irish mob leader, James “Whitey” Bulger.

Not since Public Enemies in 2009 has Depp had the opportunity to shift from wacky wally to wryly wretched, but Black Mass is just that solemn showcase. Portraying the feared and felonious Whitey, head of the Winter Hill Gang – and brother to Massachusetts State Senate President, Billy Bulger (Cumberbatch) – makes for a stark (and welcome) change of direction for the Hollywood heartthrob, who has made quite the name for himself playing camp and colourful extroverts.

Entering into a problematic devil’s deal with childhood pal and FBI agent John Connelly (Joel Edgerton) to act as a “criminal informer”, Whitey believes that by getting the Feds to fight his battles for him and bring down the Italian mob, he will receive free reign to do whatever he likes. But the tragic deaths of his young son (Luke Ryan) and elderly mother (Mary Klug) pushes the infamous crime lord – and his ‘business associates’ – further down a dark path from which there is no immunity. 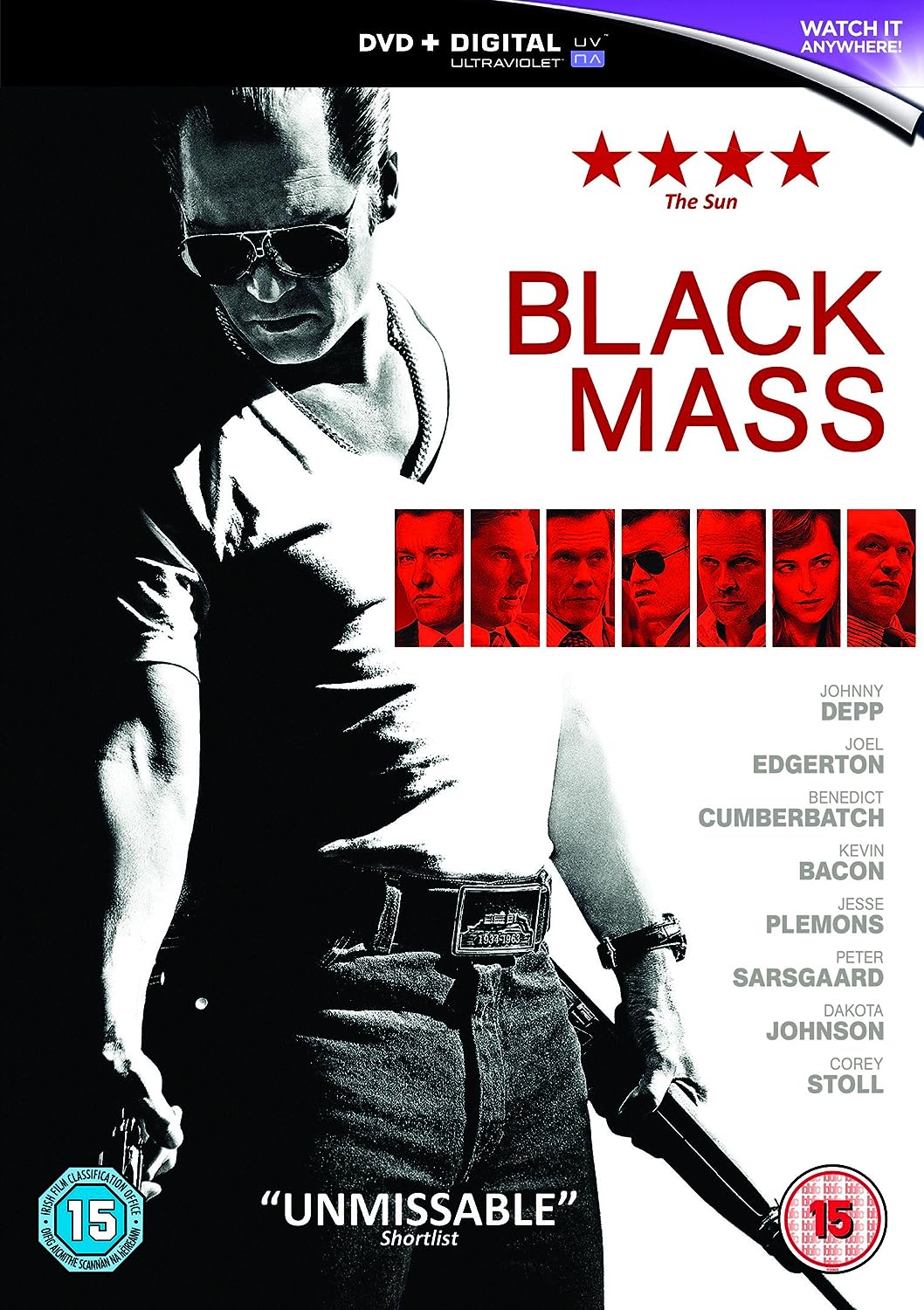 he steely-eyed and stony-faced gangster is too depraved to evoke compassion.

On the run for eleven years and only arrested in 2011, Black Mass’s persistently sombre and severe tone achieves the desired effect of painting the life of a “strictly criminal” felon as a despairingly lonely one.