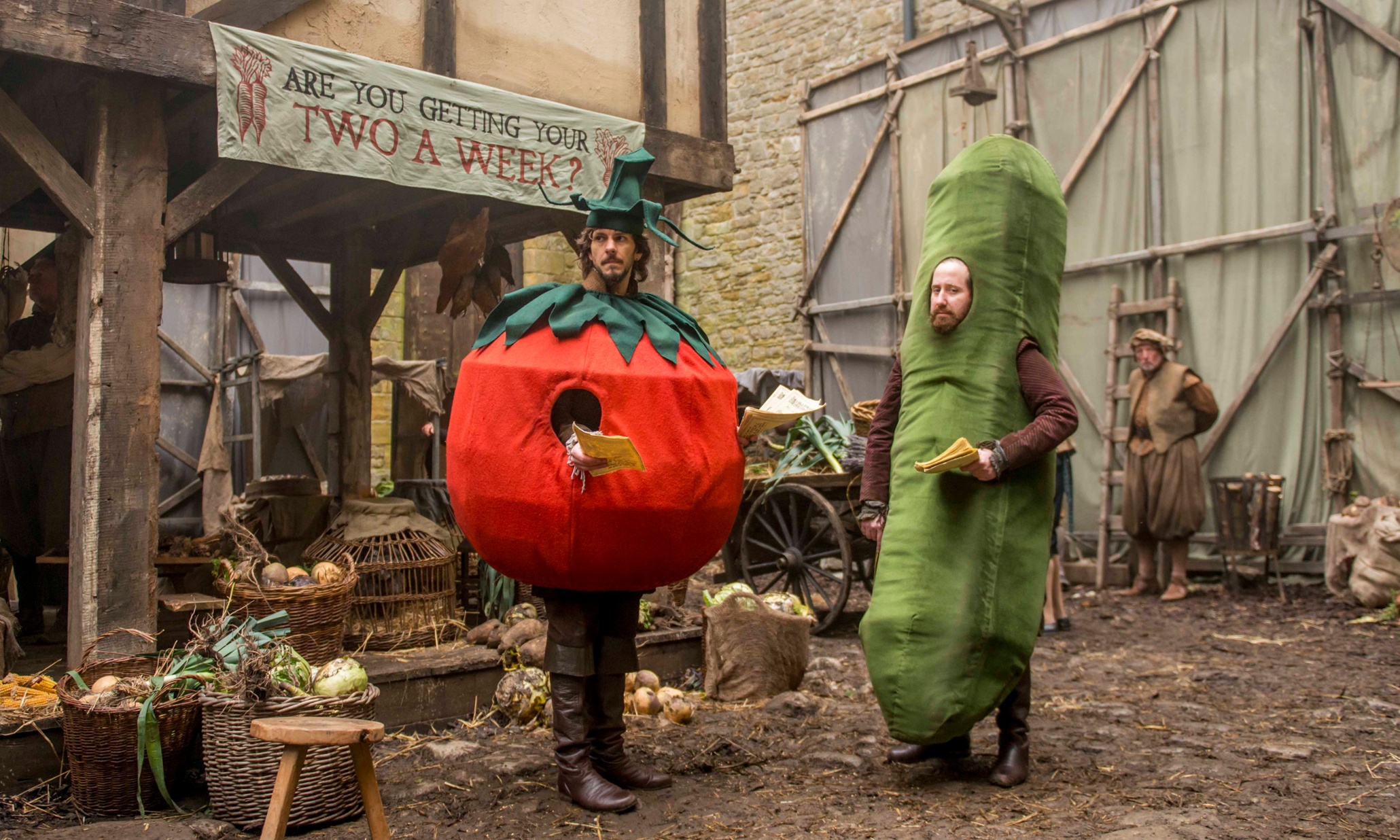 THE COMEDY OF PRETENDERS

TV’s troupe of Horrible Histor-ians bring their irreverent-but-informative interpretations of the past to the big screen in this bard-y hilarious fictionalised take on William Shakespeare’s big break onto the sixteenth century showbiz scene, co-written and directed by Richard Bracewell.

The Wrong Mans’ Matthew Baynton plays the world’s most renowned playwright as a fame-hungry, marginally deluded young man of many talents but master of none (yet). Kicked out of his band, “Mortal Coil”, after one too many spotlight-stealing lute solos, Bill sets off to London in search of fame and fortune as a writer, leaving his wife (Martha Howe-Douglas) and kids behind in Stratford-Upon-Avon.

“Bill, you’re not a writer… it’s just another fad!”

Unbeknownst to the hapless Bill, who is overjoyed when the Earl of Croydon (Simon Top Coppers Farnaby) offers to put on his play as the centrepiece of a royal summit, he is actually aiding an assassination plot on Queen Elizabeth (Helen McCrory) by the Spanish King, Philip II (Ben Willbond), who wants the English throne for himself.

“[Writing a play] is just talking, but written down… this is easy!”

Bringing an exuberance to the script, there is an added theatricality in having the CBBC comedians perform multiple roles (“One man in his time plays many parts”). Bill often feels like a bunch of bantering mates playing dress up and having a riot doing it, irrespective of whether the audience laugh or not. Fortunately we do – and often – for the often frivolous humour is actually astutely clever, combining observational comedy, repeated callbacks and witty word play with farce at a sketch-like pace.

“Just a salad that needs addressing”

From anachronistic off-hand comments about cameos and customs officers to musical numbers, lute-backed writing montages, “your mum” jokes and even Star Wars references, Bill offers something for everyone in the family to chuckle at. Mild innuendo and mentions of prostitutes and whores shocked me (this is a PG aimed at a young audience, after all), but it is relevant to the time period and never crude or unnecessarily explicit. Plus, parents will feel catered for.

By its very nature of being a period piece variety show, Bill will inevitably draw comparisons to Monty Python – and with scenes involving Trojan horses, coconuts and “Bring out your dead!” carts, you can’t help but feel like they are dothing their caps to their comedic predecessors. Such ostentatious bravery is to be commended, for this self-aware, tongue-in-cheek but respectful alternative history lesson makes what could be a dense and dull scholarly subject into an accessible piece of first-rate entertainment – and we could always do with more of that.