… WE’VE GOT FUN AND BOARD GAMES

Based upon a children’s picture book from the 80s by Chris Van Allsburg, 1995’s Joe Johnston-directed adventure-fantasy film is fondly remembered by people of a certain age as being a much-watched childhood favourite. It also starred the late, great Robin Williams, which is perhaps one reason why a return to Jumanji was initially greeted with scepticism from the masses. However, Welcome to the Jungle is NOT a modern day reboot which tries to erase the charm of the first film, but a sequel which respectfully nods to and continues the story, expanding upon the world of the mysterious magical game.

END_OF_DOCUMENT_TOKEN_TO_BE_REPLACED

“Sometimes we do the wrong things for the right reasons.”

After three seasons of Nickelodeon’s Legends of Awesomeness spin-off series, an extended production schedule and the inclusion of a supernatural element into this computer animated martial arts adventure, I was dubious that this third theatrical chapter in the furry-ous fighting franchise might be stretching the concept one step too far – especially with the reveal that the title was the down-right lazy Kung Fu Panda 3. Original(!)

END_OF_DOCUMENT_TOKEN_TO_BE_REPLACED 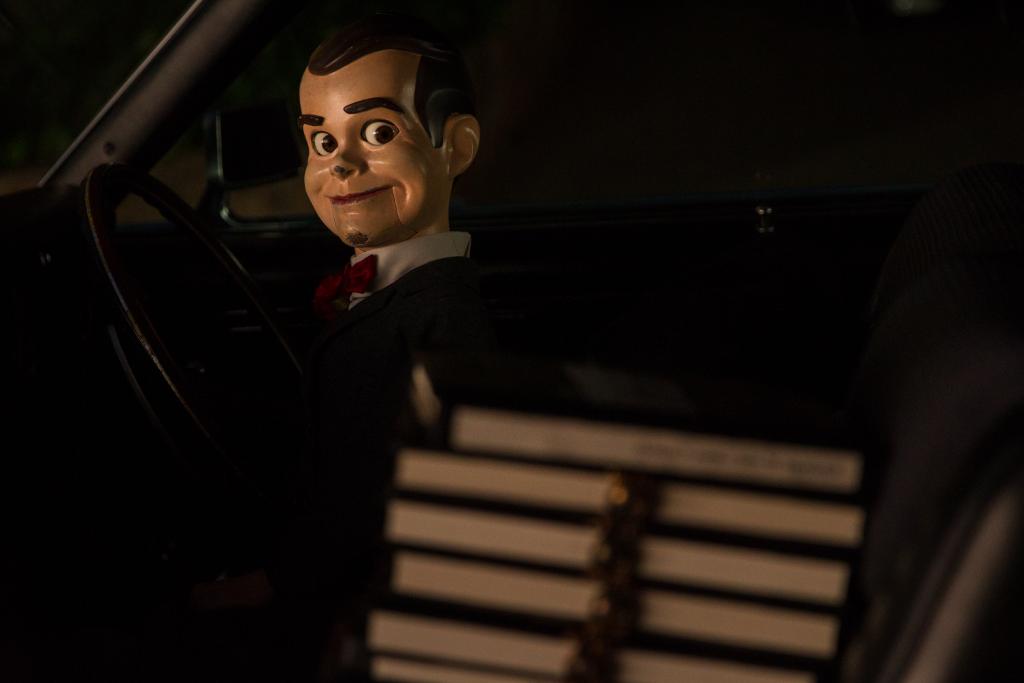 Straight-to-DVD titles hold a certain mystique for me. Maybe I’m just a sucker for baaaad films, but part of me holds out dim hope that I will fall in love with the underdog and find a much-maligned gem to advocate to the uninformed.

Sadly for its surprisingly high profile stars Jack Black and James Marsden (both of whom should have known better), Bad Bromance is no gem. In fact, the studio were so desperate to bury this horrendously poor taste high school reunion “comedy” that they changed its name! Originally released in the US as The D Train (a name which still lingers in the end credits – testament to the lack of effort employed for this quiet release), promoters clearly thought Twitter buzz-words and Lady Gaga references would help shift a few more discs.

I certainly fell for it – but thankfully only as a free rental, as I would never want to watch this depressingly sordid mess again, whatever name they decide to slap on the cover!

Speaking of the cover, don’t let the zany box-art fool you, this is no typical Jack Black comedy. In fact, things start on a gentle note, with Black’s high school nerd, Dan ‘The D Train’ Landsman, still an invisible and down-trodden shell of a man 20 years later. There are shades of Napoleon Dynamite about his ignorant, try-hard approach – albeit without the quirky humour and likeability – but as an adult it is just pathetic.

In a desperate attempt to gain popularity amongst his bullish peers on the high school reunion committee, Dan jets off to LA on the pretence of a work meeting to convince high school hunk turned commercial actor Oliver Lawless (Marsden) to be guest of honour at the event. While Lawless does (eventually) agree to attend, it is the shockingly hedonistic events of their first evening together that shape – and sully – the rest of the film.

So – spoiler alert – during a drink ‘n’ drugs fuelled night on the town, bisexual Oliver has sex with straight, married Dan. You heard that right. In a comedy. Are we expected to laugh at homosexuality?! Poor taste doesn’t even begin to cover it and I was seriously expecting a third act twist that it only took place in Dan’s drunken dreams… but no.

Worryingly, there is no allusion to how rapey this sordid act of broken trust and infidelity is, given how tee-total Dan was vulnerable and without inhibitions. Instead, the “lucky” recipient develops an unhealthy obsession with wannabe star Oliver which shatters Dan’s whole world.

Is anyone still laughing?!

To make matters worse, this depressingly dark drama stumbles further downhill by having Dan’s boss (Jeffrey Arrested Development Tambor) openly highlight Dan’s inept logic in fabricating a business trip which all but destroys their company! He proceeds to point out how the whole situation – and thus, set-up of the film – could easily have been averted, as if the screenwriters realised they had written themselves into a corner, but rather than correct it they mentioned it so to make it appear intentionally farcical and less contrived! Major fail.

As Oliver flies in for the reunion and shares an awkward few nights in Dan’s spare room (giving wholly inappropriate sex ed. to Dan’s 14 year old son along the way *cringe*), characterisation begins to crumble as people act entirely out of character and the so-called Bad Bromance reaches a tense and uncomfortable crescendo in front of their reunited classmates. The final exchanges attempt heartfelt life-lessons and a sense of closure, but it’s too little too late for this shamefully vile D-Train wreck which – dare I say it – ends on a real bum note.

Now that is comedy!