Quote-heavy and gif-friendly in its all-round over-exuberance, 2001’s first Zoolander is considered a modern classic of the Brat Pack comedy era – much like Will “Mugatu” Ferrell’s Anchorman. I can never proclaim to being that enamoured with either if I’m being honest, although both have remained so prescient in the public consciousness that sequels – whether necessary or not – were guaranteed money-makers.

It took co-writer, star and director Ben Stiller some 15 years to resurrect his chique-but-stupid fashion model Derek Zoolander, who has been in icy exile (like a “hermit crab”) since the collapse of his Centre For Kids Who Can’t Read Good, death of his wife (Christine Taylor) and some seriously poor spaghetti-based parenting skills saw Child Protection services take his son, Derek Jr (Cyrus Arnold), into care.

But now a mystery assassin is gunning down the world’s most famous pop stars, all of whom take a “Blue Steel” selfie before they pop their beautiful clogs. Chances are only the creator of the trademark look and his former fashion rival-cum-BFF-cum-rival-again Hansel (Owen Wilson) hold the key to cracking this deadly plot – but can they be trusted to work full-stop, much less undercover and together?! And how will they fit in to a much-changed, androgyny-embracing industry?

Bringing back every successful element from the first film and adding a walk-in wardrobe’s worth more, Zoolander No. 2 is a messy maelstrom of outrageous outfits, flashy visuals, dumb expressions, stupid jokes and more celebrity cameos than your mind can reasonably comprehend. At least the similarly overcrowded Absolutely Fabulous never got to the point where they needed to write the names of the famous people on screen to tip off the audience! 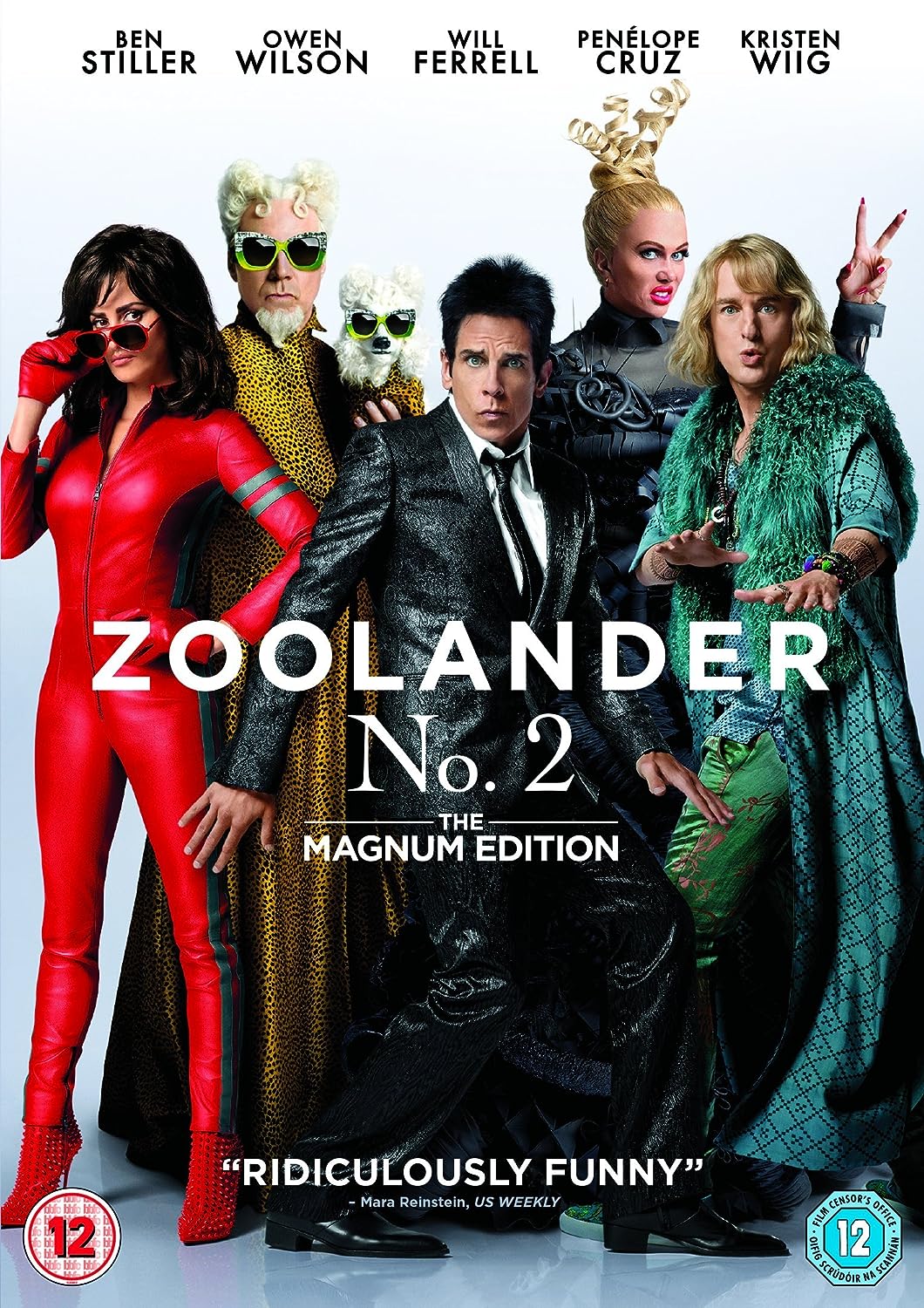 It’s not high art – in fact most of it is as eye-rollingly embarrassing as Kristin Ghostbusters Wiig’s near incomprehensible foreign accent – but the game cast and even-gamer cameoists (Justin Bieber, Kiefer Sutherland and Benedict Cumberbatch in particular don’t mind putting their pride to one side) just about save this from being a stinky No. 2 of a catwalk catastrophe – it’s just a shame so much of it is recycled from last season and should have been left on the hanger.