END_OF_DOCUMENT_TOKEN_TO_BE_REPLACED

BUILDING UP THE BRAND

Phil Lord and Christopher Miller constructed franchise brick-starting gold in 2014 with the riotously hilarious Lego Movie, ably balancing razor-sharp humour, resonating heart, zippy action and a rainbow colour palette to make one of the funniest and most heat-warming cinema experiences I have had in a long time.

END_OF_DOCUMENT_TOKEN_TO_BE_REPLACED

“DNA, the building blocks of life.”

Expanding on the success of last year’s franchise-spanning LEGO Jurassic World videogame, The Indominus Escape is a bright and frivolous half hour comedy short which is neither prequel or sequel to Colin Trevorrow’s record-breaking 2015 JP revival, more a tongue-in-cheek retelling. Not being cannon it’s hard to be certain, but it manages to both retrofit key scenes from the film (gyrosphere; raptor pen fall, Indominus gene reveal) and dialogue from the classic theatrical features (“Spared no expense!”) into a kooky new story.

END_OF_DOCUMENT_TOKEN_TO_BE_REPLACED

Having forged a successful toy partnership some years ago, and with The Force Awakens and The Lego Movie exceeding expectations at the box office, it was only a matter of time before TV executive started playing with the merchandise. Alongside the utterly hilarious The New Yoda Chronicles, Droid Tales is another colourful 5-part CGI mini-series which is ostensibly for children but thanks to some cleverly blithe wisecracks and fan-servicing in-jokes is just as appealing to young-at-heart adults, too.

With the rebel victory in full swing following the destruction of the Empire’s second Death Star, C-3PO (Anthony Daniels) regales everyone’s favourite band of heroes with tales of the adventures he and best bud R2-D2 witnessed in the preceding decades. Ably by-passing the continuity issue of 3PO’s wiped memory by having R2 re-install his hard-drive, this provides a simple excuse framing device for some mischievously facetious retellings of the iconic film series, starting in episode one with The Phantom Menace (1999) and Attack of the Clones (2002).

However, while The New Yoda Chronicles managed to brilliantly merge aspects and characters from the prequel and sequel trilogies into a fabulously witty and respectful comedy, “Exit from Endor” veers too close to derisive in its irreverence. I was surprised to learn that this episode was written by the same screenwriter (Michael Price), because I seriously got the impression this was written by a prequel-hater.

Some of the jokes succeed in gently ribbing the source material (Luke questions “Who’s this guy?!” when the prequel-era Anakin’s force ghost appears alongside Yoda and Obi-Wan; the audience fall asleep when 3PO starts talking Trade Federation blockades), but the mere multitude of potshots this takes at TPM and Clones means we do teeter on spoof territory – especially where a certain divisive Gungan is concerned. Think Robot Chicken without the swearing.

It’s not all bad – hearing Mace Windu appropriate Samuel L. Jackson’s oft-quoted line from Snakes on a Plane (2006) was a gloriously obscure (and adult) inclusion – but I did struggle to believe Lucasfilm okayed the unsubtle mocking of their (highly successful) property.

Episode one concluded with goldenrod’s glib reminisces being interrupted when R2 is kidnapped by a mysterious hooded figure who steals Admiral Ackbar’s new ship. So 3PO and the amphibious war hero set off in hot pursuit of the plucky astromech, winding up in the recently-felled Empire’s capital of Coruscant. Being back on familiar ground for the first time in years, 3PO is once more overtaken by the need to tell tales, beginning with a bridging story which incorporates General Grievous into the saga long before his filmic introduction in Revenge of the Sith (2005).

“Crisis on Coruscant” works better than “Exit from Endor” insofar as it is telling a new tale which fans aren’t as protective of. Even when the story does reach the events of the final prequel movie, it is handled with a mite more respect – yet still joyfully playful in tone.

The only issue is by squishing the film’s events into just half a 20minute episode, a lot of the twisty-turny plot is skimmed over or left out entirely. Some of the cheeky changes can be excused for humour’s sake (Count Dooku doesn’t get decapitated, for instance), and if we’re being stringently canonical we can excuse them as storyteller 3PO’s embellishments. However, it’s so brisk that I think without a reasonable familiarity with the film, I would have been bamboozled. 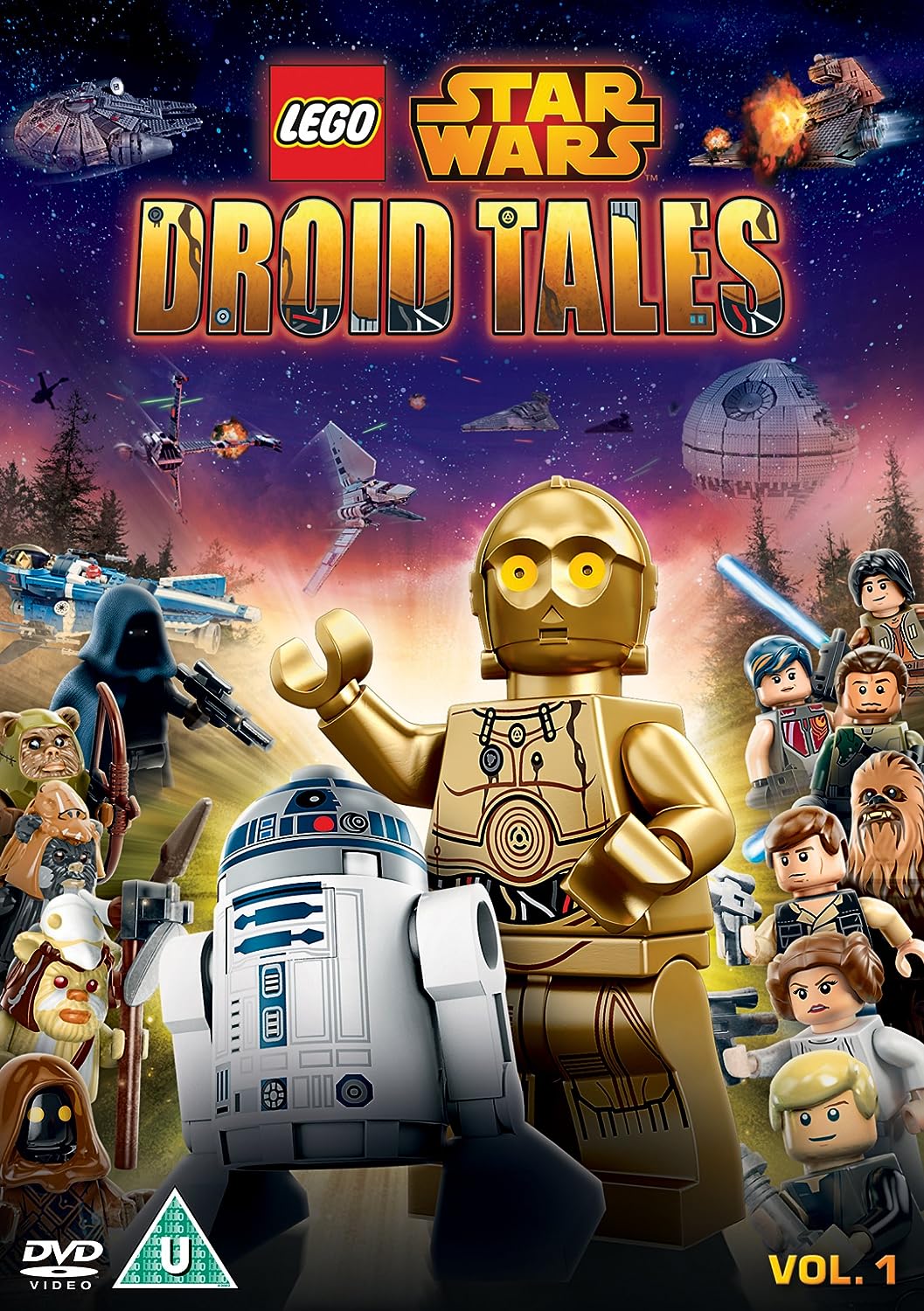 Palpatine’s faked kidnapping is wonderfully over-egged, while a running joke about Anakin using a window as an exit to save time is delightfully hammy – I’m just curious going forward about how much ribbing the original trilogy will get in Droid Tales‘ concluding three episodes? I would guess nowhere near as much (a glance at the prequel-ignoring DVD cover makes the production team’s favouritism all too transparent), so a return to the humorous heights of The New Yoda Chronicles would be my (new) hope.