AS SEEN ON SCREEN 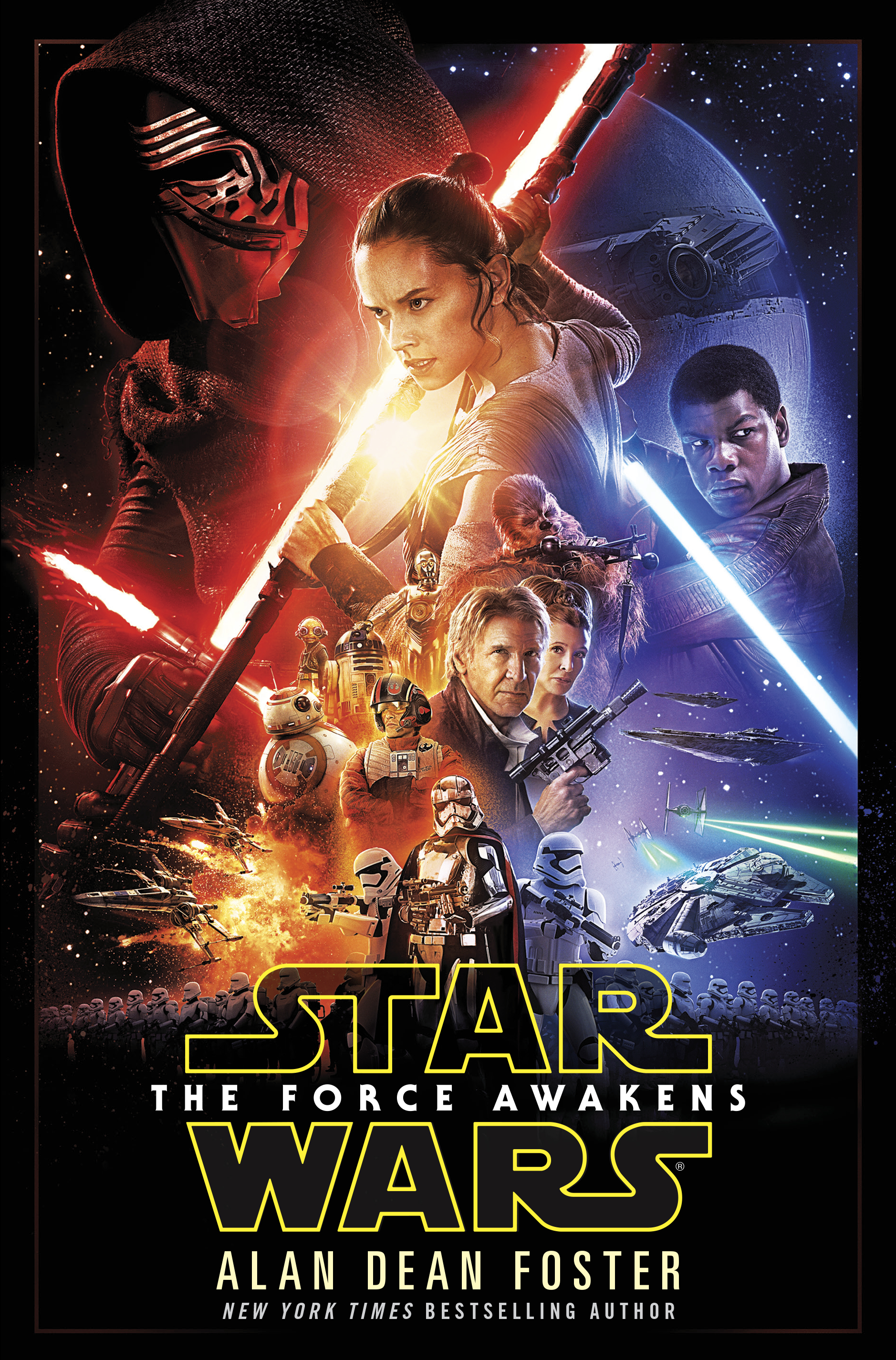 As precursors to the big-screen bows of Episodes I-III, the release of the prequel trilogy novelizations were events – our first indication of where the expanding Star Wars universe was heading. I can vividly remember Channel 4’s cheesy morning show The Big Breakfast back in 1999 reciting excerpts from Terry Brooks’ The Phantom Menace novel as the presenter sat on a green-screened magic carpet flying through space!

With secrecy so high and spoilers such a toxic subject these days, such a high-profile release was robbed of Alan Dean Foster’s literary take on The Force Awakens, which belatedly saw its way to bookshop shelves a whole month after the film had debuted in cinemas.

But still, I thought, this will be well worth a read, right? After all, this is ADF, the man who penned Splinter of the Mind’s Eye, the first ever prose sequel set in a galaxy far, far away (two years before Empire struck cinemas). Prior to this he also ghost-wrote the Star Wars novelisation (under George Lucas’ name), so he is an author held in high regard by fans and the perfect choice for this retro-relishing saga refresh.

Sadly, The Force Awakens made for a trying read – despite being little over 250pages long! Whether I am half to blame for having seen the film six times (so far), I cannot say, but whereas other film-to-book adaptations delve deeper into the story and the internal processes of the characters, TFA is a far sketchier and more literal as-seen-on-screen transcript.

A couple of additional scenes – notably earlier appearances by Leia at the Resistance base and Poe’s post-crash escape from Jakku – add words but little substance. The former would have ruined the impact of Leia’s on-screen entrance, while the latter only tells half the story, with Poe still on the sandy backwater planet when the chapter ends and the action flits back to the film narrative. Ultimately superfluous.

But my biggest gripe with this novel is in the dialogue. A lot has been made of these new Disney-era books being official canon – therefore what happens on page and what happens on screen should complement and not contradict one another. ADF was clearly given free rein to expand upon the script, which I would have no issue with if it was additional to what we saw in the film, but he almost flippantly alters lines and adds words seemingly for no better reason than to bolster the word count. It makes for a frustrating, if admittedly pedantic, flaw in the continuity.