THOSE OF DEATH’S DOMAIN

Unbeknownst to his less-than-happy family, autistic young teen Mikey (David Incarnate Mazouz) brings home five mystic stones from a camping trip to the Grand Canyon; each stone represents a guardian of the ancient Anasazi Indians’ spirit world. No-one raises an eyebrow when Mikey begins talking to an invisible friend (“Jenny did it!”), but when strange noises can be heard, taps begin turning themselves on and a fire is inexplicably started, the Taylor family begin to suspect supernatural forces are invading their home.

END_OF_DOCUMENT_TOKEN_TO_BE_REPLACED

“Vengeance must always be profound and absolute.”

Following the sudden death of the Prime Minister, all the world leaders of the West descend upon the British capital for the state funeral. United States President, Benjamin Asher (Aaron Eckhart), brings with him a contingent of his most trusted aides, headed up by Secret Service protection supremo Mike Banning (Gerard Butler), who went above and beyond to keep his boss safe three years ago in Antoine Fuqua’s Olympus Has Fallen.

Good job he’s still on the payroll, too, as terror consumes London in a rat-a-tat plethora of fiery attacks on its biggest political guests and most iconic landmarks. With death and destruction surrounding them, Banning and POTUS are driven underground to hatch a desperate against-all-odds survival plan and bring down the insurgent terrorists alongside a formidable band of MI-6 agents.

With Fuqua detained on a trio of high profile gigs (The Equaliser, Southpaw and the upcoming Magnificent Seven remake) and first choice replacement, Fredrik Charlie Countryman Bond departing before a single frame was shot, Swedish/Iranian director Babak Najafi stepped behind the lens of his first ever American production just a month before filming began on this explosive follow-up.

London Has Fallen is serviceable stuff: a loud, dumb, chase-heavy and explosion-packed A-list-headed hour and a half (trimmed down from the original’s bulkier runtime). Alas, most of the dialogue is crudely colloquial. Considering the calibre of characters, “fuck”, “shit” and “dickhead” are said far more frequently than I imagine they would – but when your safety is compromised, who’s pausing to refine their language? 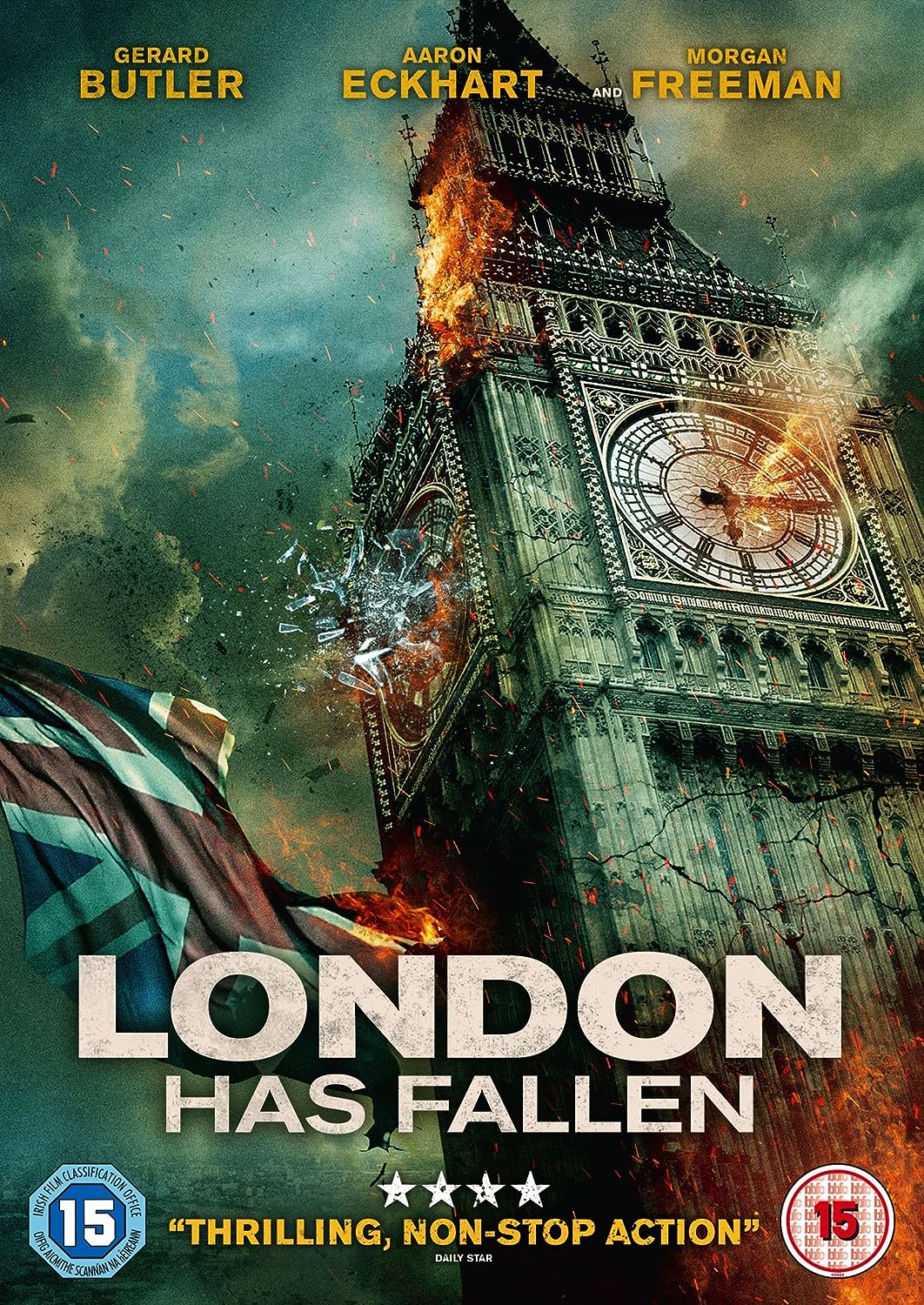 “We live in a dangerous world,” returning scribes Creighton Rothenberger and Katrin Benedikt acknowledge, and herein lies the rub: in our depressing modern climate, when does a piece of entertainment cross the line into insensitive? Watching my capital reduced to an “urban battlefield,” I may have to agree with Variety magazine that London… falls foul of “terrorsploitation” in a way that other more clearly high-concept blockbusters such as Independence Day: Resurgence avoid. This is scarily plausible, and even the sight of a Hollywood beefcake kicking enemy arse can’t blunt that unsavoury edge.