LOVE IS NO FAIRY TALE

END_OF_DOCUMENT_TOKEN_TO_BE_REPLACED

Former Battlestar Galactia bombshell Katee Sackhoff headlines this Welsh indie chiller which splices urban legends with tangible domestic disquiet to conjure a relatable, thought-provoking and eerie atmosphere. Sackhoff plays Jess, a successful sculptor but a less-than-successful mother to her care-raised teenage daughter, Chloe (Lucy Boynton). When Chloe inadvertently awakens a witch while performing a prank on a long-avoided local residence, she returns to her mother’s custardy in the hope a change of scenery will stymie the supernatural curse.

END_OF_DOCUMENT_TOKEN_TO_BE_REPLACED

Not the recent Matthew McConaughey Oscar-bait about prospecting for the precious metal in Indonesia, this is a smaller, earlier, quainter Irish production about the perils of living up to elevated expectations, and the chaos of family life.

END_OF_DOCUMENT_TOKEN_TO_BE_REPLACED 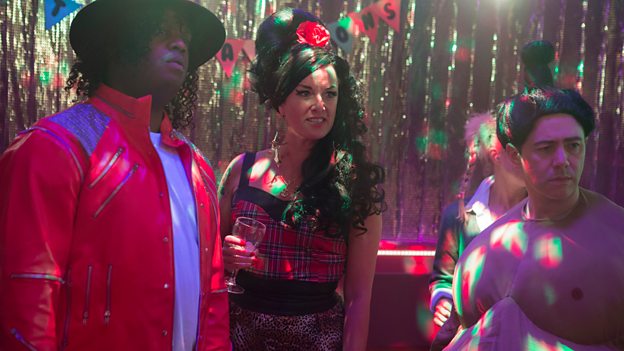 Billed as a dark comedy and at its best when subverting our expectations, there is never a guarantee that each individual instalment of anthology series Inside No. 9 will be out-and-out horror. So far in this third run we’ve had festive snuff victims (“The Devil of Christmas”), throat-slashing con artists (“The Bill”) and an ingeniously intricate double death revenge scheme (“The Riddle of the Sphinx”). In comparison, this week’s colleague backbiting in a cramped karaoke pod feels somewhat… tame. This is the closest to a straight-laced drama the series has ever veered.

END_OF_DOCUMENT_TOKEN_TO_BE_REPLACED

Headlined by recognised Hollywood names yet set in his native Amsterdam, Danish director Kees Van Oostrum’s debut feature is – a few eye rolls aside – a watchable enough presentation of modern strife. Sadly, it is also somewhat inconsistent, with the tone straddled indecisively between a dour and cynical relationship drama and a light and springy rom-com.