END_OF_DOCUMENT_TOKEN_TO_BE_REPLACED

“A woman takes what she wants, when she wants it.”

Concerned single mother Maggie (Sarah Jessica Parker) and her one-time Italian beau, Luca (Raoul Bova), take to the terraces of Tuscany to track down her rebellious teenage daughter, Summer (Rosie Day), and his stubborn elderly mother, Carmen (Claudia Cardinale), who each have their own independent motivations for escaping their over-protective guardians. Which they achieve – in Luca’s classic car.

Ella Lemhagen directs with a disposition for radiant and picturesque shots of the titular tourist trap, making All Roads… pleasantly easy viewing. But despite establishing a need for speed – Summer is desperate to return to her bail-making boyfriend in New York, while Carmen plans to secretly wed her one true love against her son’s wishes – neither hunters nor prey seem in a particular hurry, with countless road-side stop offs engineered to expedite bonding between both couples. 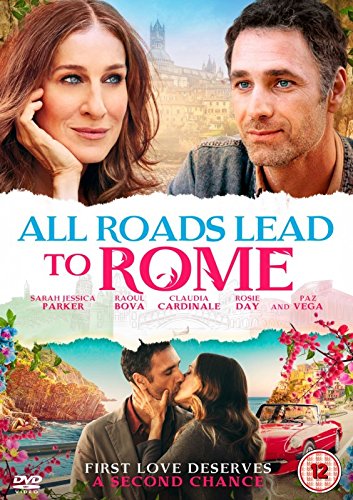 An accident and an arrest ramp up the drama towards the summit, but everyone is all sunshine and smiles come the post-epiphany epilogue. There’s nothing revolutionary in Cindy Myers and Josh Appignanesi’s script, but it’s as watchable and fluffy as a liberated rabbit. So I guess you could say that’s an Italian job well done.