Then I put the blu-ray into my player and as the menu screen looped with a montage of shots showing Roscoe Orman’s garishly dressed frontman driving around New York in his pimped-out purple and gold Cadillac, my ears were confronted with Martha Reeve’s funky theme song… a theme song so upbeat and catchy I almost didn’t want to press play I was enjoying it so much!

Willie Dynamite had my attention, and as director Gilbert Moss’ action/drama/social commentary played out I found myself warming to Willie in a way I never expected. A woman-slapping capitalist who doesn’t want to share ‘his’ turf, he is far from a nice man, but Orman has a magnetic power and charisma which draws you in to Willie’s wacky world as he fights back against fellow pimps, corrupt white cops, the DA and a social worker (Diana Sands in her last role) determined to set his flock free.

“I like the competition and I can deal with any heat.”

As Willie’s Midas touch turns to dust, our arrogant, power-chasing protagonist goes on a reformative character journey which, for all his spunk, crass threads and cocksure bravado, ends on a profound epiphany come the final third (“Everything heals”). While Dynamite might not clock up the same number of gun fights or gangsta kills as other films in this sub-genre, when Gilbert Moss does portray violence it is all the more hard-hitting and effective due to his earlier restraint.

Due to its age, Willie Dynamite’s hi-def presentation isn’t perfect, but the restored image pops with enough vibrant colour to warrant an upgrade and cause you to shield your eyes when Willie wears his shiny gold ensemble! Besides the theatrical trailer, the only special feature of note is Kiss My Baad Asss, a 24minute guide to blaxploitation hosted by Ice-T and featuring the talking heads of such eminent figures of the genre as Richard Roundtree and Isaac Hayes. It was originally transmitted on Channel 4 in 1994 as part of their Without Walls series, but as a succinct overview it is a fun and informative watch. 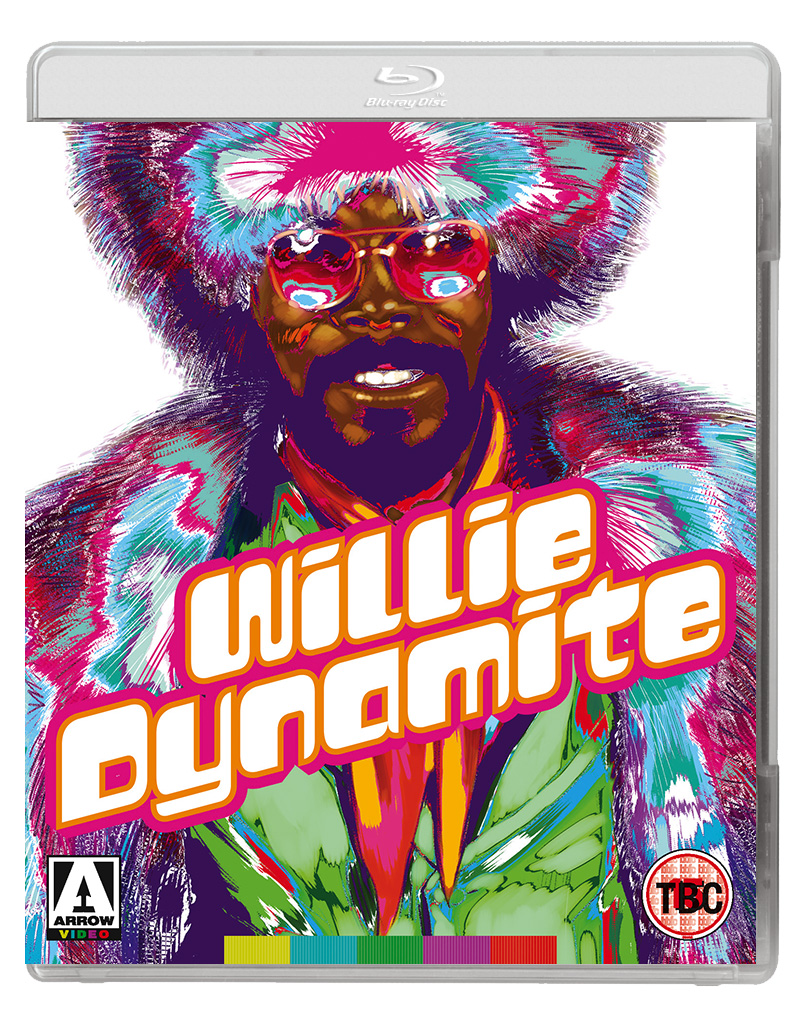 Like me, you may not have heard of Willie Dynamite before, but I am supremely thankful that cult aficionados Arrow have brought him – and his theme tune! – to my attention. Flashily dressed with a reversible sleeve featuring original and newly-commissioned Sean Phillips artwork, the first pressing of this new set comes complete with a collector’s book containing an essay on the film by Cullen Gallagher. Now that I can dig.