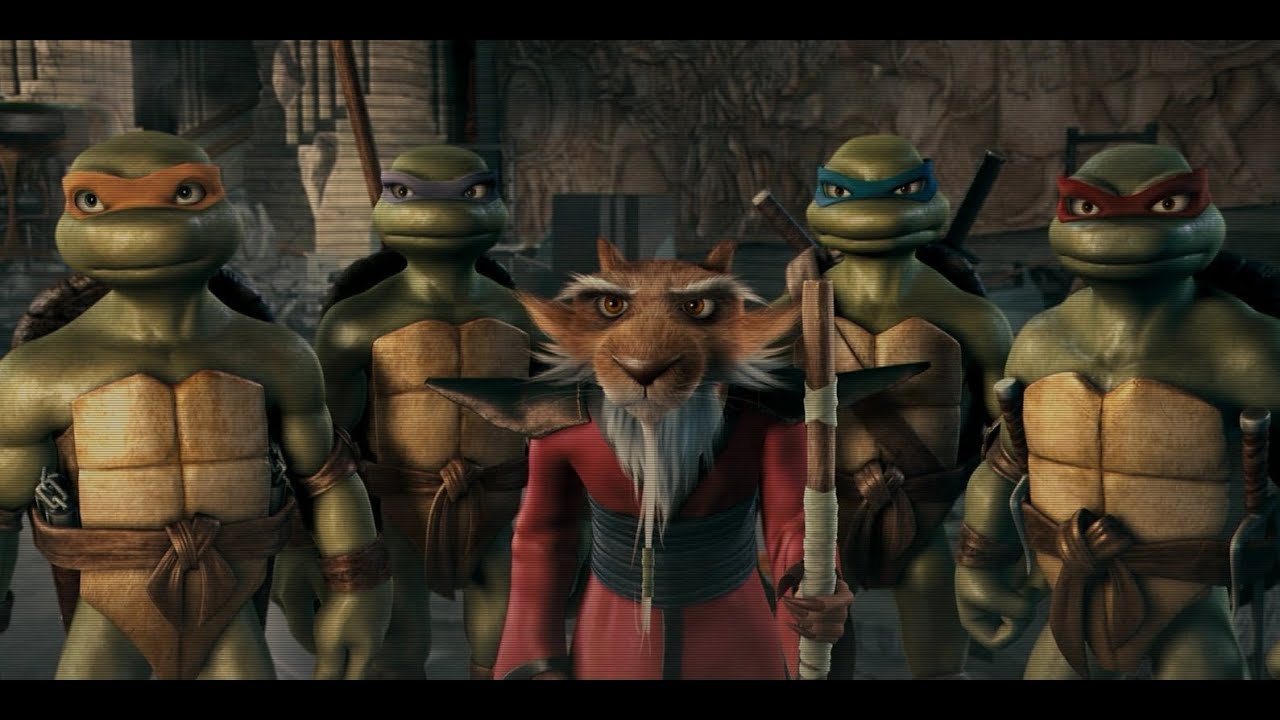 14 years (and numerous TV incarnations) after their time travel adventure in Feudal Japan (Turtles in Time reviewed HERE), the lean, green, turtle teens returned to the silver screen with a space-saving, text-friendly, lousy noughties buzzword of an acronym – and a sharply-rendered CG makeover, courtesy of Imagi Animated Studios.

But while the half-shell heroes might look and sound different, a sneak peak at Master Splinter’s (Mako Iwamatsu) trophy cabinet confirms they are still the same pizza loving, freedom fighting foursome from the live action early 90s trilogy who defeated Shredder, rapped with Vanilla Ice and fought in a 17th century Samurai civil war – even if the years have not been kind to them.

“This place used to be fun…”

As we return to the action, leader Leo (James Arnold Taylor) is on a skill-sharpening sojourn in South America, leaving Donnie (Mitchell Whitfield) and Mikey (Mikey Kelley) to get personality-appropriate day jobs in I.T. Customer Care and Party Entertainment, respectively. Rebel Raph (Nolan North), meanwhile, is angrier at the world than ever before, taking out his frustrations on NYC’s scum as the metal-suited vigilante Nightwatcher.

Reporter and eyes on the street, April O’Neil (Sarah Michelle Gellar), meanwhile, is now shacked up with Casey Jones (Chris “Captain America” Evans) and out of the News field. Her new cargo delivery company provides the catalyst for this wild ancient-statues-brought-to-life plot which in scope and scale is the most outrageous and fantastical quest yet.

In my review of Platinum Dunes’ 2014 reboot (reviewed HERE) I dismissed TMNT as a “dud” because the first and only time I had previously seen it – in the cinema NINE years ago – I had felt thoroughly fazed and frustrated by this uncharacteristic misstep. However, given a second chance on blu-ray during my pre-Out of the Shadows franchise refresh, I found far more to love than to fret over.

I still insist that Max Winters’ (Patrick Stewart) immortal warrior king aspect is messy as shell and unnecessarily convoluted in sci-fi mumbo-jumbo (“Stars of Kikan”, “Legend of Yaotl”?!!), however the disparate characterisation is still remarkably solid and the quip-heavy banter still popping (even if the pop-culture references have been toned down – save for Splinter’s Gilmore Girls adoration), while the slick animation allows for livelier and more dynamic action than ever before. 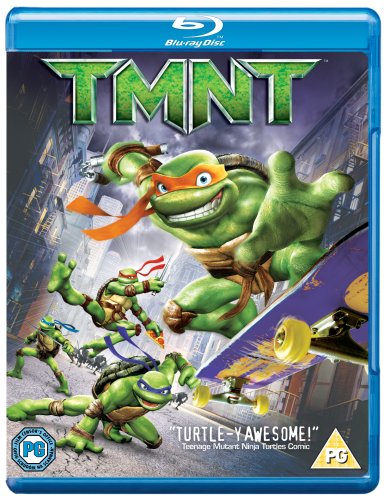 The impassioned character drama is moodier and more nourish than it has been since 1990’s theatrical bow (reviewed HERE), while the fan-servicing inclusion of Karai (Zhang Ziyi) and the remnants of Shredder’s Foot Clan (even if it is as little more than masked bodyguards) are welcome nods to the golden days. It’s just a shame the sheen is scuffed by an epic fail of a fantasy conceit which requires far too much expositional explanation (courtesy of Laurence Fishburne’s narration) to make a jot of sense.