QUITE EARLY ONE MORNING

Dylan Thomas has described his own classic BBC radio play (later a theatrical production and 1972 Richard Burton-starring film) as “strangely simple and simply strange,” and no finer analysis can I make. Director Kevin Allen hoped his new filmic adaption would help bring this bizarre school-taught masterpiece to a new contemporary audience, but going in fresh I struggled greatly with this surreal and unorthodox kaleidoscope of ‘normal’ Welsh life.

A-lister (and friend of the production team) Rhys Alice Through the Looking Glass Ifans gamely portrays Captain Cat, who acts as lead and narrator, welcoming the audience to indulge in an omniscient dip into the dreams and innermost thoughts and fears of the kooky inhabitants living in the village of Llareggub (that’s “bugger all” backwards, by the way) one spring night.

There’s plenty of similarly wry humour on display in Under Milk Wood, but the poetic tongue with which it is delivered, married with a rampant montage of gaudy, saucy and often incongruous visuals, makes for a distancing and illogical mesh of grotesque hyper-reality which I found hard to follow for five minutes, much less almost 90. I would probably have understood just as much had I been watching the simultaneously-shot Welsh language version, Dan y Wenallt! 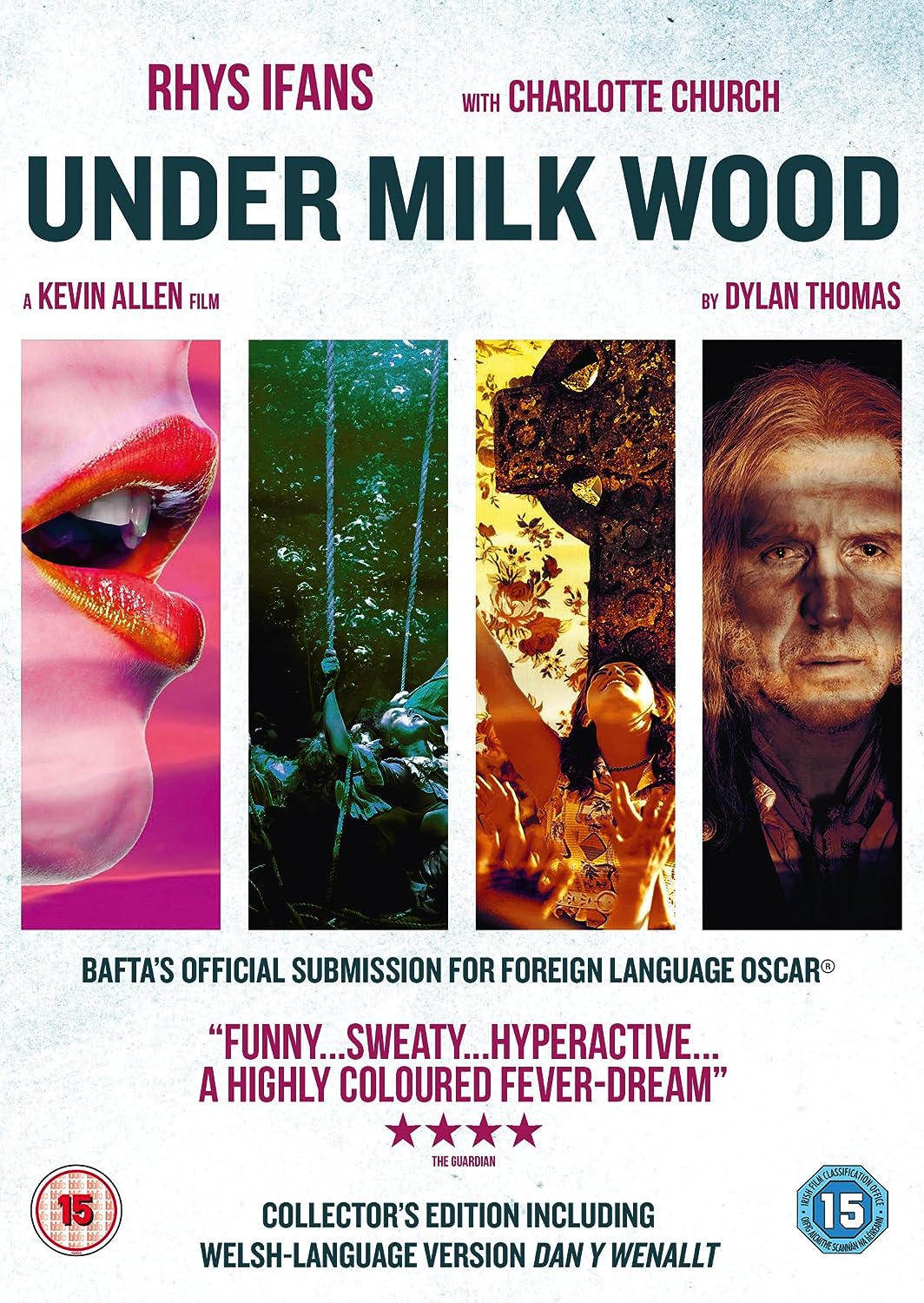 Had I more context and knowledge of the iconic source material, I grant that my estimation may have been elevated, but divorced from such pretext (which surely should not be mandatory – the film should stand on its own) I was befuddled by the bonkers buffoonery before me. I can tell you that Charlotte Church co-stars (and sings) and that someone dreamt of S&M with a nun, but aside from some comic character names (Organ Morgan, Willy Nilly, Polly Garter), I am none-the-wiser to any of their inner-monologues. Sorry Kevin Allen, it’s a valiant effort but you failed to convert me.

One thought on “Under Milk Wood (DVD Review)”