For the uninitiated, brace yourself: this is a review of Dragonheart… 4. That’s right, somehow the medieval fantasy movie where Dennis Quaid tracked down a talking dragon with Sean Connery’s voice has quietly hatched three sequels since its theatrical bow in 1996. First follow-up A New Beginning is easily ignored, despite coming 3 years later it is the epitome of a cheap cash-grab, with a largely unknown cast (the older brother from Malcolm in the Middle is the only ‘name’), a ropey CG baby dragon, minimal locations and the distinct feeling it was filmed on all of three cramped sets.

“Being related to you is dangerous to one’s health!”

2014’s Romania-shot revival, The Sorcerer’s Curse is a much more fitting namesake, even if it was released straight to DVD. Sir Ben Kingsley voiced a new dragon, Drago, in a prequel adventure which manages to both expand the mythology and mature the saga. While it still retained some comedy elements, the action felt more bloodthirsty, the kingdom larger and the drama grittier. Battle for the Heartfire continues in this same respectable vein, with Patrick Logan Stewart taking over oral duties for a now aged Drago, while The Tudors star Tamzin Merchant returns for the briefest of flashback cameos.

When King Gareth dies of old age, Drago expects to pass with his heart-shared master and take his place amongst the stars. Yet he lives on, causing him to seek out those decedents of Gareth who he is still bonded with. He discovers Gareth’s haughty grandson, Edric (Tom Rhys Harries) who has inherited the dragon’s superior “strength of three men.” Half of the bond remains missing, however, as Edric’s twin sister, Meghan (Jessamine-Bliss Bell) has been AWOL since she was accused of witchcraft after her father’s house burnt down in her youth.

“I’ve become that evil thing they always said I was.”

When a Viking army attack Edric’s kingdom, they are led by their mysterious cloaked “Fire Queen” which sets up a reunion with the estranged siblings and the rekindling of a rivalry which threatens not only the throne, but Drago’s health and the future of both kingdoms. Following the surprise success of the third adventure, Heartfire has a far larger budget which allows for more screen-time for the magnificent CG behemoth, who the producers admit to seeing as something of a “dragon therapist,” overseeing the healing of the sibling rivalry.

Dedicated writer Matthew Feitshans returns, so too composer Mark McKenzie, while horror director Patrik Syversen takes over in the director’s chair from Doctor Who alumni Colin Teague. Despite being set 70 years later, the film feels very much like a natural continuation of its predecessor, both in tone and narrative direction. It is once again darker than the family friendly first two instalments and it bravely continues to expand upon the series mythology (Drago can hide in plain sight by covering himself in his wings to turn to ‘stone’; Meghan is scarred with dragon scales), something you don’t tend to find in DTV sequels which often play it safe with formula repeating facsimiles.

“Life is cruel; you must prepare to be crueller.” 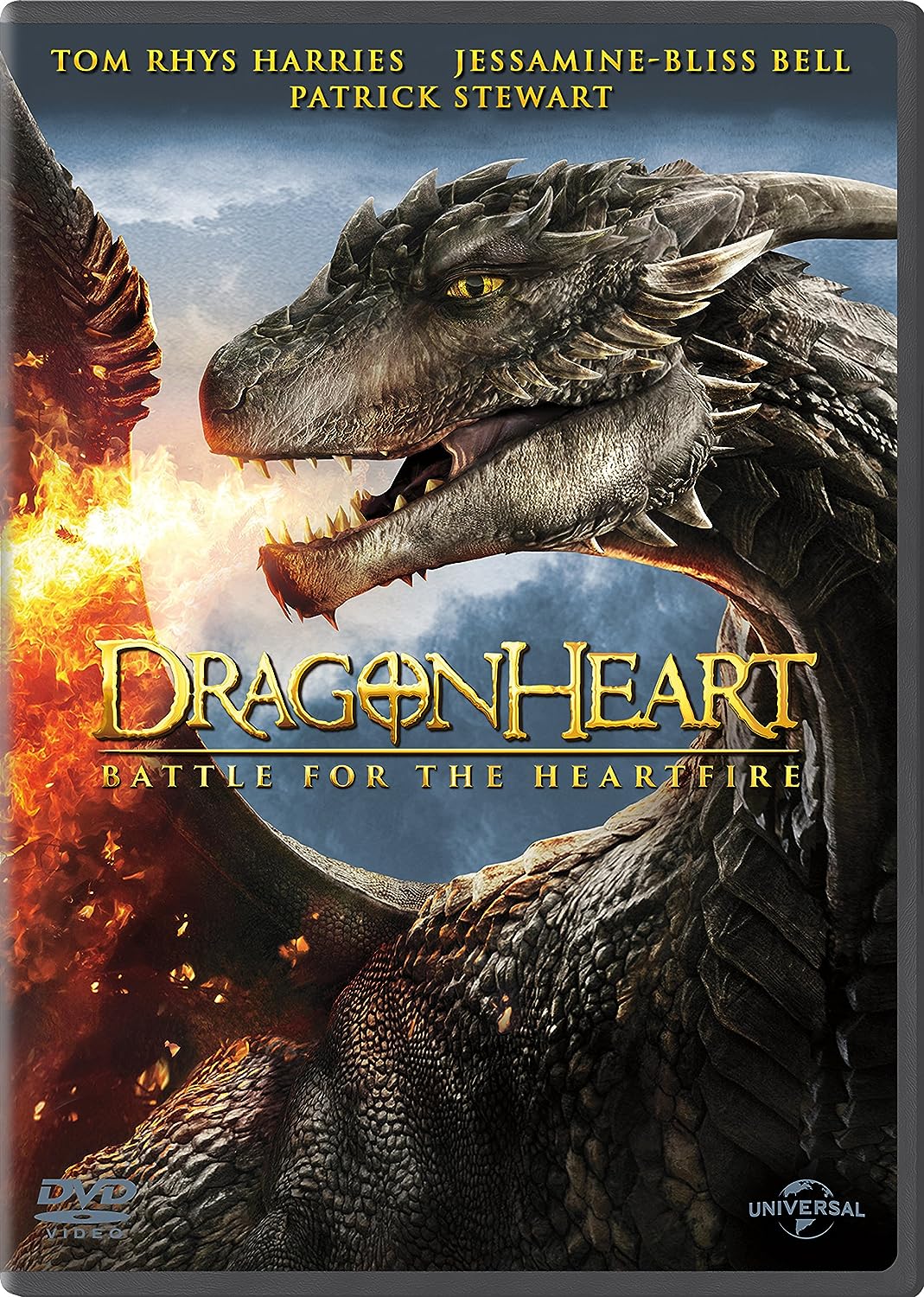 My only real gripe with the production is not a quality qualm but a narrative niggle: in needing to show a character arc for both Edric and Meghan, we have to see them at their worst before they turn their fates around by seeing the light. This means that for large sections of the film they are “arrogant snouts” who it is hard to associate with. Meghan in particular is a truly malevolent force, stealing Drago’s titular power for her own nefarious needs. She has her reasons, but it makes for uneasy viewing when she is the heroine of the piece yet you want her to get her comeuppance!

One thought on “Dragonheart: Battle for the Heartfire (DVD Review)”