Newly-married Gary Bloom (Adam Black Mass Scott) has a rough start to life with the girl of his dreams, Samantha (Evangeline The Hobbit Lilly), when he discovers his new stepson, five-year-old Lucas (Owen Atlas) has a worrying habit of “pushing people over the edge,” in this just-released horror-comedy written and directed by Tucker & Dale vs Evil helmer Eli Craig.

If The Omen cosplay and The Witch-esque goat hand puppet wasn’t enough of a giveaway, evidence starts to mount that Lucas may be more than simply a problematic and anti-social enfant terrible. But while Sam remains resolutely ignorant to her son’s devilish true nature (“There is nothing wrong with Lucas!“), Gary becomes ever-more certain that he is the new father-figure for the spawn of Satan! 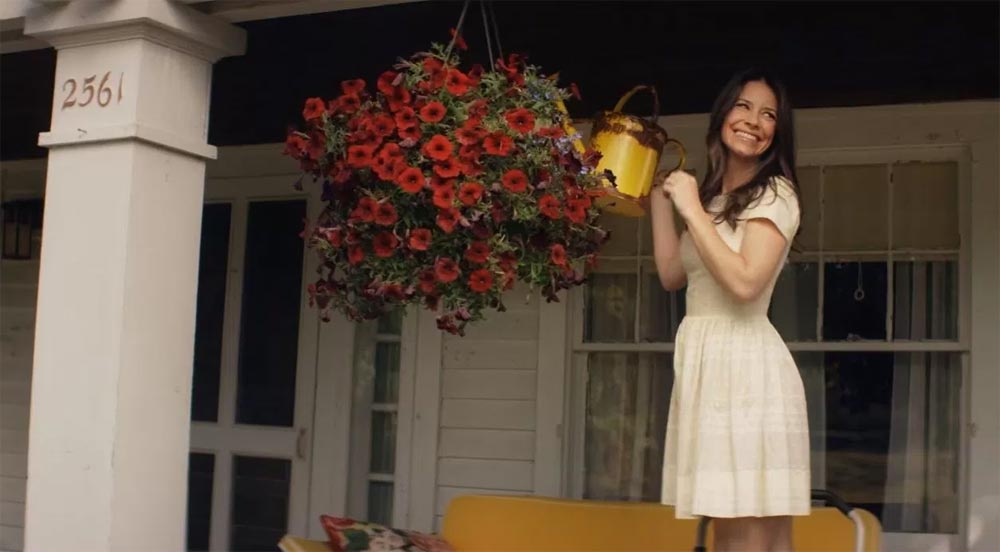 The Shining, Signs, Ghostbusters and Poltergeist all get gleeful nods in this rattlebang script which is heavier on spoof than scares. But things do take a more formulaic route in the second half as the plot races to resolve itself in the wake of screen legend Sally Smokey and the Bandit Field’s introduction as child protection agent Miss Shaylock, who threatens to remove Lucas from the Bloom household after Gary hires a birthday clown who ends up on the burn ward.

This veers on the throwaway side of light entertainment, but thanks to a decent cast (with fabulous support from Bridget Everett as Gary’s gender-shrugging BFF and Clancy Brown as a dubious Reverend) and a chucklesome first half, Little Evil just about gets a pass – even if it doesn’t possess the return-factor which made Tucker & Dale such a delight.