Published in the UK by: Jonathan Cape/Penguin Random House 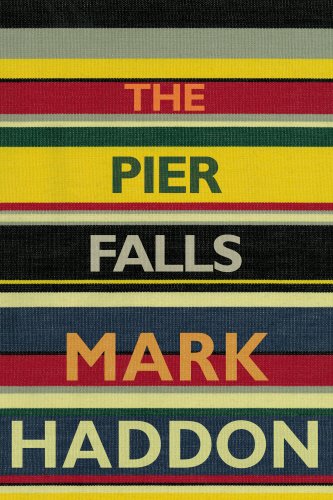 From the historical disaster account of the titular tale to quasi-supernatural psychological horror (“Wodwo”) via tragic almost-romances (“Bunny”, “The Weir”), this selection of nine short stories from the pen of The Curious Incident of the Dog in the Night-time scribe Mark Haddon must be commended for the astounding diversity of their perspectives and authorial voices – even if they don’t necessarily sit well alongside one another in this recent hardback collection from Jonathan Cape.

END_OF_DOCUMENT_TOKEN_TO_BE_REPLACED

Written by: Christie Golden, 2015
Published in the UK by: Century (A Penguin Random House imprint)
302 pages

Prior to Disney’s acquisition of the franchise, it is fair to say that Star Wars’ vast expanded universe was bordering on the impregnable. With all previous novels now relegated to “Legends” status and all new publications going forward being deemed official canon, I was provided the perfect opportunity to get back into the literary side-arm of a galaxy far, far away.

As of December 2015, we are seven books in to the new timeline, with Alan Dean Foster’s The Force Awakens novelisation in January to be the eighth. Of these seven I have now read six, with only videogame companion Battlefront: Twilight Company still to digest. Sadly, the much-anticipated output so far has been a real ragbag, ranging from the slow and boring (A New Dawn) to the slight and underwhelming (Heir to the Jedi), to the needlessly vociferous (Tarkin).

The more recent publications have seen a – thankful – upswing in quality, with Vader and Sidious story Lords of the Sith and Chuck Wendig’s Return of the Jedi sequel Aftermath both proving far more engaging reads (although the latter title, which flits across the galaxy in first-person perspective, is not without its detractors).

But it is bestselling media tie-in author Christie Golden’s Dark Disciple which has so far proved to be the jewel in the prose crown. Set during the Clone Wars period between prequel Episodes II and III, we follow headstrong and roguish Jedi Master Quinlan Vos as he is tasked by the Jedi Council with a dangerous – but potentially war-ending – task: to assassinate Separatist Leader and Sith Lord Count Dooku.

It’s a big ask of a keeper of the light to go against all they have been trained and to murder a man in cold blood – even one as deserving of such a fate as the former Jedi-turned-traitor. So, to go about his challenging mission, Vos is partnered with a fitting but unwitting accomplice – one with the skill and motivation to take down an enemy as powerful as Dooku: his force-sensitive, former dark-side assassin, Asajj Ventress.

A striking character both physically and psychologically, Asajj has truly been through the wringer. From embracing the dark side as Dooku’s “pet” to turning against her former master for his treacherous wiping out of her clan of Nightsisters, she truly toes the paper-thin line between the dark and the light, and usually works much better alone. How will the lone wolf fair with a dashing, silver-tongued Jedi by her side?

As much as this is Vos’s story, it is when the dominant and spunky Asajj is centre-stage that Dark Disciple truly sparks to life; her mind a jumble of light and dark, right and wrong, love and war. She is a fascinatingly complex, playful and well-rounded soul to get under the ice-white skin of and her conflicting characteristics – particularly when coupled with Vos’ rebellious qualities – bring an astounding emotional depth to this dark elimination story.

As the characters themselves struggle with their loyalties to the Force, I was impressed by how willing Golden was to show the flaws of the Jedi way. As much as their weakness is seen in their fall on film, Dark Disciple often highlights how their regimented religious coda closes them off to feelings and intuitions which the Dark Side is more attuned to. Sometimes it is frustrating to behold as their adversaries feel one step ahead of them and it is no wonder so many have questioned the Jedi Code.

Based on unproduced episodes of Lucasfilm’s popular – and cancelled at its prime – animated series, it is unclear how much the success of this novel is down to Ms. Golden’s propulsive, writerly skill, or The Clone Wars’ scriptwriters, who are credited in the novel with having penned the eight episode arc upon which the novel is based. Did the author expand, amend or significantly revise the story, or merely adapt the script verbatim into story form?

Regardless, Dark Disciple is a stunning, heartfelt read with truly calamitous consequences. This is not mere money-making filler, but a legitimate and worthy addition to the universe. It is a travesty that Disney’s game-changing plans scuppered our opportunity to ever see this deep, redemptive and character-defining story unfold on our screens, but if novel form is the only way we can get such poignant, page-turning and well-structured character-driven fare going forward, then I am happy to take it – and any more Asajj stories still lingering in the script library, too, please!