As beloved and masterful as Stephen King’s horror stories may be, it’s fair to say that the majority work far better on page than on screen. Sure, there are some truly classic adaptations (Carrie, Misery, The Shawshank Redemption, The Mist), but they are outnumbered by some – to be blunt – risible guff (Cell, Maximum Overdrive, Dreamcatcher, Thinner, Secret Window).

Undeterred, film studios still option his ever-expanding catalogue by the bucket-load and crank them out at a rate of knots (there are FIVE due for release in the last eight months of 2017 alone!), with Mr. King’s bankable appellation always splashed big and bold across the marketing. Originally a short story in 2010’s collection Full Dark, No Stars, A Good Marriage has the advantage of being screen-written by the author himself… but a classic, this ain’t.

For the sake of their three grown children (including House of Cards’ Kristen Connolly), Darcy doesn’t turn Bob in to the cops, instead allowing him to talk her into believing he is a damaged man on the mend. But with retired detective Holt Ramsay (Stephen Avatar Lang) hot on their tail, how long will the secret remain buried now that it has been shared?

With a short, plodding plot stretched to over 90minutes and formulaic direction from workman-like helmer Peter Askin (whose most mention-worthy credit is for 2007 documentary Trumbo), A Good Marriage is devoid of sheen and panache. The production screams “TV Movie” despite an experienced and capable cast (even if they aren’t quite household names). Frustratingly, none of them shine, bar Lang, who steals the show and is astoundingly plausible as a grizzled and ailing man-on-a-mission years beyond the actor’s actual age. 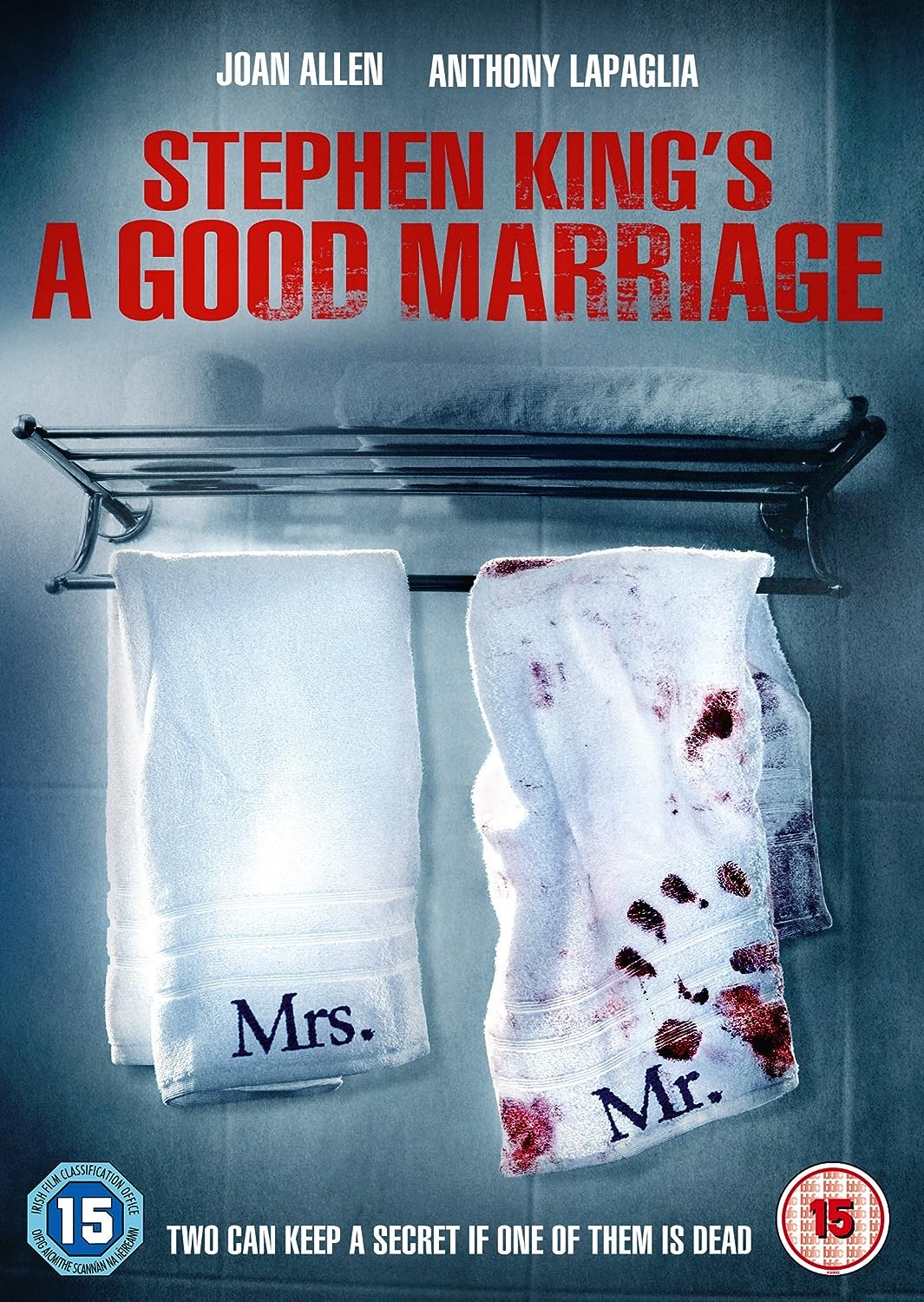 Finally, it’s a shame that King – who has previously confessed that Frank Darabont’s rewritten conclusion to 2007’s outstanding The Mist trumps his own – is so protectively slavish to his source material that this psychological thriller’s outcome is signposted a mile off. The film’s biggest twist is likewise sapped of any shock value by being teased in the far-from-subtle tagline plastered over the DVD’s front cover!

One thought on “A Good Marriage (DVD Review)”