While his instantly recognisable chops dominate the DVD cover, Bruce Willis – in the latest of his increasingly frequent straight-to-video roles – is little more than a peripheral presence in this zippy crime drama. He plays straight-faced big-bad, Eddie, who scheming femme fatale Karen (Claire Forlani) convinces her amiable crook of an ex, Jack (Saved By The Bell‘s Mark-Paul Gosselaar, all grown up), to steal the titular gems from. Big mistake.

While the sun-lashed Georgia coastal locales look a billion dollars, the ragbag cast – some known, some once known, some unknown – are all too nice to be playing the “douchebag” roles they inhabit. Willis backhanding a servant doesn’t sit right; Forlani might have a dagger-worthy stare, but she’s no manipulative bitch; the man who was Zack Morris has too much heart to be a world class international thief; his right-hand gal (Lydia Hull) has a facial scar but does not convince in such a bad-ass profession. 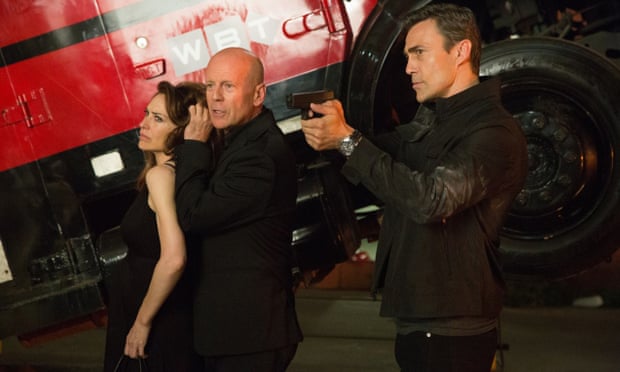 Predictably, this heist thriller culminates in one final job to “wipe the slate clean,” but its all merely an excuse to showcase a near-constant stream of high-speed gun chases. Whether on a pier, on an airfield, on a speedboat, in a hotel or on a rooftop, everywhere is suitable for target practise on your double-crossing adversaries! 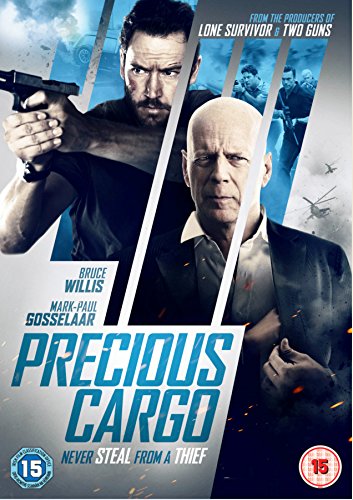 Precious Cargo may look slick ‘n’ flashy but it is superficial sheen. Director Max Adams’ cool caper is perfunctory action movie guff for a braindead post-pub audience. The blooper reel playing over the end credits illustrates how much of a hoot the cast had making it – almost as if they were post-pub themselves!